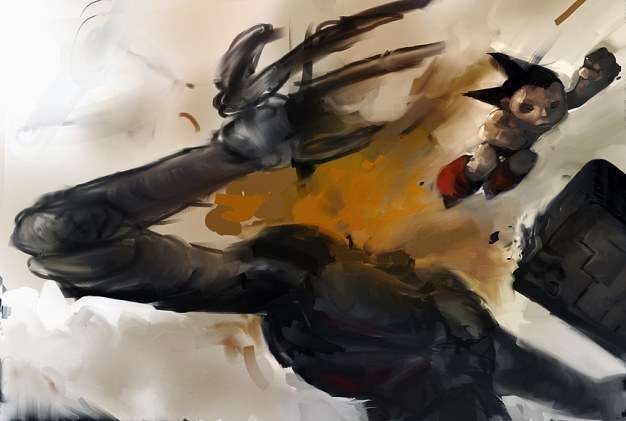 A game based on the classic anime series Astro Boy would be awesome, a game based on the upcoming CG Astro Boy movie not so much. The fact is that the recently announced Astro Boy: The Video Game, developed by High Voltage and published by D3Publisher is only coming to the Wii, DS, PS2 and PSP which is a signal to me that it will sadly be a kid friendly rush job that could never do the classic series justice and probably won’t even do the new movie justice either.

Now I was wrong once before, back in Nam, but I’ve got a feeling this won’t be the second time. The game is going to be an action platformer and they are at least bringing in many of young Astro’s classic weapons including the old “butt machine guns and drill attacks,” but to judge a book by its cover I doubt it will make up for the simplicity and receptiveness of the game. I’m begging High Voltage to prove me wrong here and release an Astro Boy that will at least be a decent little action romp (they have made good movie based games before) but we’ll just have to wait and see until the game drops this fall around the time of the movie’s debut.