Well, this is something I didn’t think I’d be saying any time soon. Atari have a new console coming out called the Atari VCS. That even felt strange to type. Okay, this might not be news to all of you so I don’t want any “we already knew that, get out from under your rock” comments, but from someone who definitely hadn’t heard this info it’s all pretty bloody cool. The Atari was one of the first consoles I ever owned. I remember how simple it was. It also came with cartridge games when virtually everything else was on tape. Commodore and Spectrum owners had to watch brain bleeding coloured lines moving up and down the screen while they waited for games to load. Not with the Atari. You plugged your game in, switched it on, and off you went. The games weren’t a patch on later generations, obviously, but it was all pretty hot stuff for the time.

So the Atari VCS has just become available for pre-sale over on Indigogo. The console currently has two models for would be buyers to choose from. These comprise of the Atari VCS Day One Collectors Edition which has a cool, retro-inspired real-wood front and the sleek looking Atari VCS Onyx that boasts a glossy black face and searing “Atari Red” illuminated Fuji logo. The Day One Collectors Edition is exclusive to Indigogo and only for a limited time. This model will set you back a cool $299.00 (US) but if you don’t have that kind of money kicking about the Onyx is coming in at $199.00, also for a limited time. Atari have re-imagined their classic joystick which is available alongside their modern controller in selected packages or for stand-alone purchase. Initial VCS orders are planned to ship mid next year. 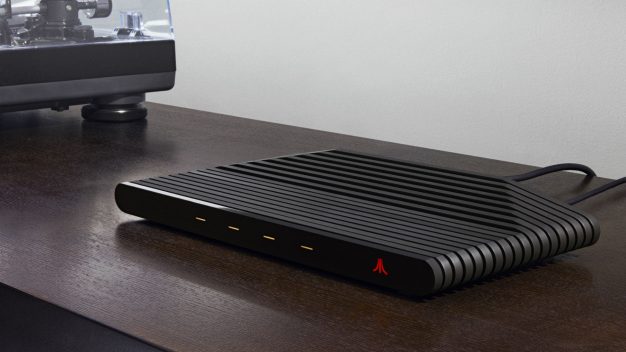 This console is a homage to the past but this certainly doesn’t make it a relic. The VCS is a modern piece of kit which offers a customizable entertainment experience for the home. This is all obviously a big nod to a classic, gone but not forgotten era, and as such each console will come with the Atari Vault collection. This package features over a hundred games for you to enjoy including Breakout, Centipede and Missile Command, to name but a few.

Interestingly the Atari VCS features a unique open platform, where users can access a Linux “sandbox” to add their own software and customize their system. Additionally Atari VCS will have universal peripheral connectivity to work with other PC input devices such as bluetooth and USB game controllers, mouse and keyboard, webcams, microphone, external speakers and headphones. See what I said about this not being a relic? There’s some really cutting edge stuff going on in that little box. 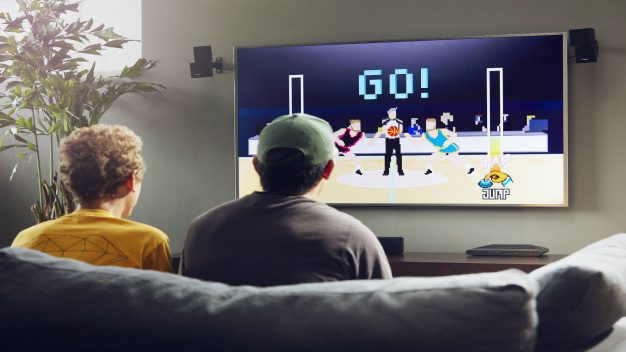 “We are happy with the progress we are making on Atari VCS and thrilled that fans finally have a chance to reserve the first ones,” said Michael Arzt, Atari COO of Connected Devices. “Atari VCS will give fans a lot of freedom to game, stream, connect and customize their experience like never before. The entire Atari team is working hard to deliver this unique platform and can’t wait for fans to get their hands on it. We’ll have exciting reveals and announcements between now and then so stay tuned!”

Atari aren’t doing all of this on their own. They have partnered with some pretty big names to bring us this new offering. These include AMD who are providing the Atari VCS custom processor with Radeon Graphics technology and Power A who are developing the classic joystick and modern controller. The system will also support 4K resolution, HDR and 60FPS content, onboard and expandable cloud-storage options and a ton of other very modern specs. 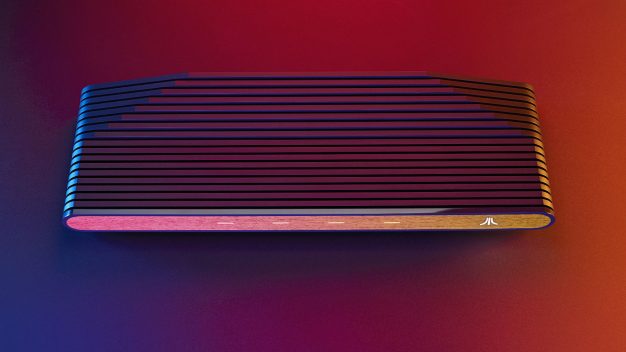 So there you have it. If you want to back the project (and why shouldn’t you) you can do this over at the Indigogo page here. You can also learn more about the project and get your orders in using this link if you so choose. As a massive fan of all things retro I may well need to dip my hand into my own pocket and join you. Some of the games this is coming with are absolute legends for us older gaming types but it’s all those extras that make the VCS potentially well worth shouting about. Atari are coming out swinging with this one and the result looks like it could be very promising indeed.