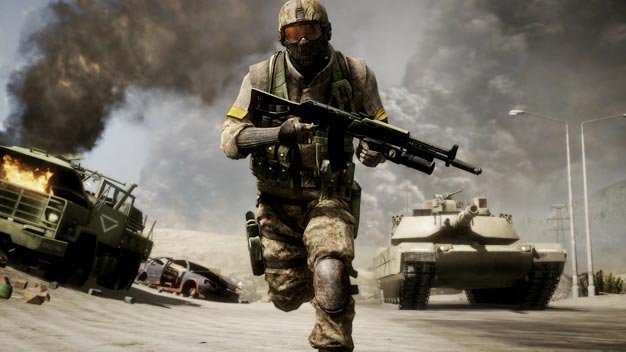 PlayStation 3 and Xbox 360 versions combined, the Battlefield: Bad Company 2 demo saw over two million downloads in its first five days of availability, EA has announced, and is well on its way towards becoming the fastest downloaded demo in the company’s history. With hundreds of thousands of users having signed up since its January 28 launch, the PC beta is doing good as well.

Anyone still looking to get sold on DICE’s latest has exactly two weeks to get some game time in — EA will be pulling the plug on both the demo and beta on February 25, just over a week before the game itself will launch in early March.