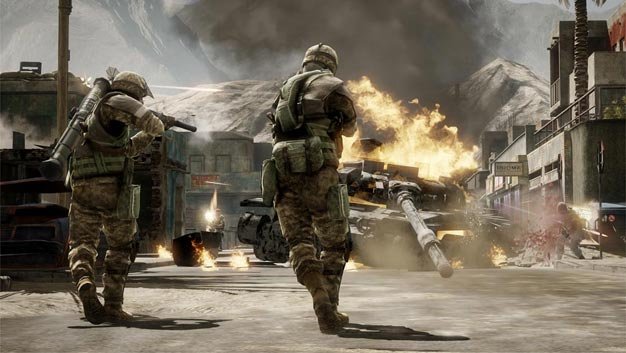 DICE has announced that Battlefield: Bad Company 2 will be undergoing another Xbox 360 update tomorrow, which means it’ll be unplayable for a number of hours on Xbox Live.

Both 360 and PS3 versions went through some downtime last week as well, and even earlier today.

According to the official Battlefield blog, “the second phase of the stats database rebuild” is the cause for tomorrow’s downtime. Some post-downtime wonkyness is expected, too: “We expect that there will be some minor stats issues right after the downtime when all the players are getting back online at the same time; this effect will diminish over the following 2 hours.”