I’ve got an update about an update! If you’re a Bannermen fan, you’ll definitely want to be hearing about this. If you’re an RTS fan and have no idea what I’m talking about, this might just interest you, too. I cater to everyone. Okay enough babbling, let’s get down to the nitty gritty, shall we? Bannermen has just received a pretty big post-launch patch and I’m going to tell you a bit about it.

First off, for those of you looking to catch up. Bannermen is, as I’ve just mentioned, a RTS set in the realm of Valtoria. Valtoria is not a happy place; it’s a land wracked by decades of war, starvation, and natural disasters. In this dark, low-fantasy setting, players will take on the role of Lord Berrien, who is trying to re-capture the kingdom’s former glory. To do this, he’ll need to find and rally bannermen to battle against a host of tribes and the dark Lord Karthor. 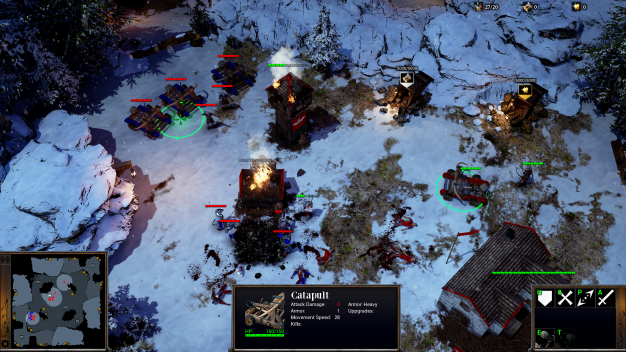 What makes this RTS interesting is the ability granted to players to use and master nature powers. These abilities will allow you to harness natural phenomena. You may wish to summon lightning to electrocute your foes or limit their vision with powerful dust storms so you can sneak past them. All of this and much more is possible in Bannermen.

This is a story-driven game, and each mission contains varied gameplay and challenges designed to push that narrative forward. For those of you fond of playing with your friends, this title also supports online multiplayer modes with matchmaking and ladders. Be you a solo player or someone who likes to pit your wits against others, there should be something here for everyone. 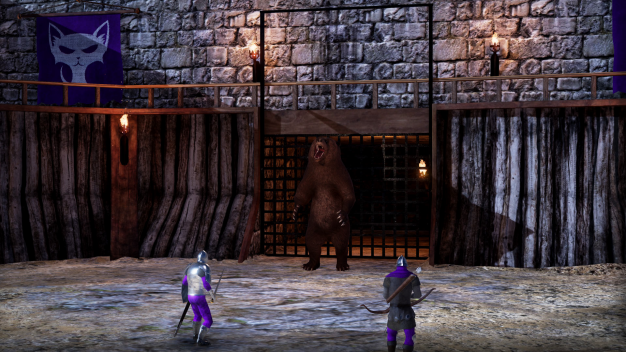 Onto that update I mentioned. Aside from the usual bug fixes, version 1.1.0 of the game brings a multitude of changes and additions to Bannermen, including the Vanguard and Ballista units. The Vanguard is a semi-armored melee unit with impressive range and even more impressive defensive capabilities. For those of you that like destruction from a distance, the Ballista is perfect. As a heavy-ranged unit, the Ballista has a special ability which allows this unit to fire an arrow with a chain attached to it. When this projectile makes contact with the enemy, it will pull them in close for an easy takedown. In addition to these two awesome sounding units, you will also get a new skirmish map designed especially for 2 vs 2 combat. In-game chat has also been enabled to enhance the multiplayer fun. 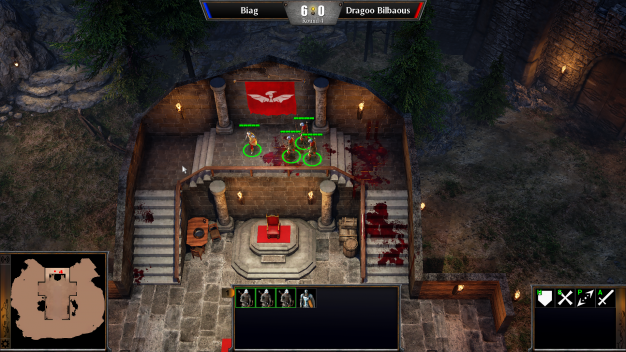 Lastly, the difficulty has been worked on a little bit by the devs to make Bannermen even more accessible to the audience. Tactical pause has now been added to the game. If things are getting tricky and you want to rethink your strategy on the go, this is going to be an invaluable tool. Not everyone wants a massive challenge and in response to this a new difficulty level has been added to the campaign mode. This will make Bannermen just as much fun for casual players and guide newcomers to the RTS genre into its rigors gently.

If you happen to be stateside, you might want to get playing immediately. To celebrate the new content and improvements to the game, Pathos are holding an official tournament today (Sunday April 7th) with a $500 cash prize. Not only will go get to check out all that lovely new content but you might just end up getting paid for the privilege; in a roundabout way, of course. 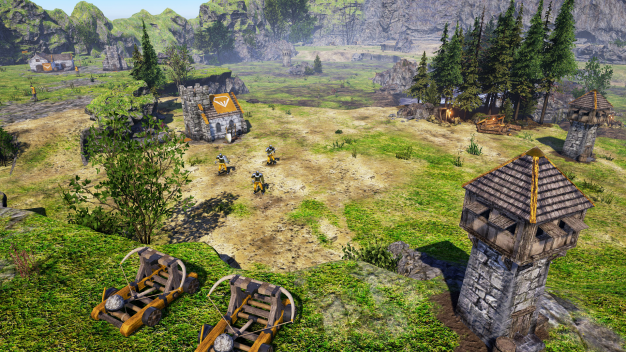 So, there you have it. It’s always good when we get given new things in our favorite games that just make them that bit more entertaining. If you’re an avid fan of this title, you may already know all about this patch, and if this is the case, sorry for teaching my granny how to suck eggs. For the rest of you lot interested in the RTS genre, this may well be another title worth getting your teeth into.