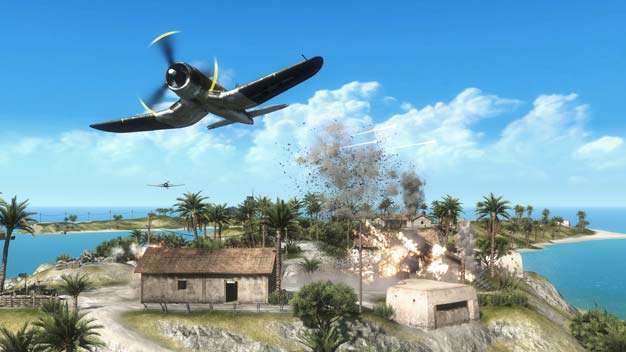 According to Gordon Van Dyke of DICE the first day of Battlefield 1943 saw 5 million kills and 29.45 years of gameplay on Xbox 360. Let me put this into perspective – the first day of fighting in BF1943 claimed almost as many lives as there were Allied deaths in WW1. I hope you’re all very proud of yourselves.

Given that the fourth map “Coral Sea” will open when 43 million kills are reached, the enthusiastic application of maths at MTV Multiplayer blog would lead us to believe that the map will be unlocked by next Friday on Xbox 360 with PS3 following a little later. Now that the inevitable server teething problems seem to have been dealt with, we’ll just have to wait and see.