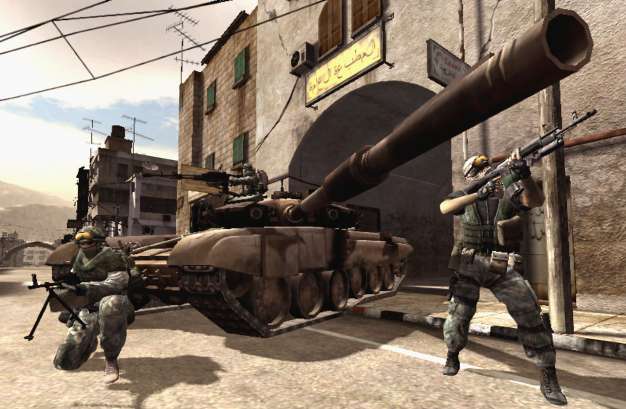 Only in this very special limited time offer will DICE bring to you Battlefield 1943, Battlefield: Bad Company 2 and Battlefield Heroes! But wait, there’s more! If you act in a moderately paced speed, DICE will also bring you Battlefield 3 at their earliest convenience! That is what it would sound like if DICE’s product line was being pitch by Billy Maze or Ron Propeil respectively, good thing it’s not.

It appears that DICE is a very busy developer putting their champion IP to work and turning it up to 11. G4 caught the news while listening in the William Blair Growth Stock Conference where John Pleasants from EA spilled the beans. “I’ve had the luxury of looking at Battlefield 3 over at DICE in Sweden and was highly impressed by the way the team is working on that product. Of course, that’s not [coming out] in the fiscal year, but that is a product that is looking very good.”

If three Battlefield games this year isn’t enough to quell your military hunger then you’ll have Battlefield 3 to look forward to. There was no official details what the time period of this third installment of the main series of which we are very curious. They’ve already tackled World War II, modern warfare and a 100+ years into the future. We suspect they may just return the modern warfare setting, but you never know with DICE.