So that new Battlefield V trailer, huh. The long-standing shooter is officially returning to its roots, announcing a World War II setting with an explosive video that has already caused something of a kerfuffle on the forums and in the comment sections. The trailer itself is bright, scripted, and a little on the absurd side; notable moments include soldiers being crushed by falling jeeps and a fantastic plane take-down involving a well timed shot at a falling grenade.

It’s all a bit much for the hardcore fans, myself included. This certainly isn’t the drab, melancholic Battlefield that we’ve grown used to over the past two years – the grass is radiantly lush, and the carnage, unusually flamboyant. A woman with a rudimentary prosthesis crawls alongside a soldier with warpaint on his face and a samurai sword on his back; tanks make mincemeat of two-storey buildings, a V2 bomb impacts the battlefield and causes carnage, and a crazed man tries to smother you with his bare hands. It’s no wonder the YouTube video is currently idling at 101,000 dislikes. 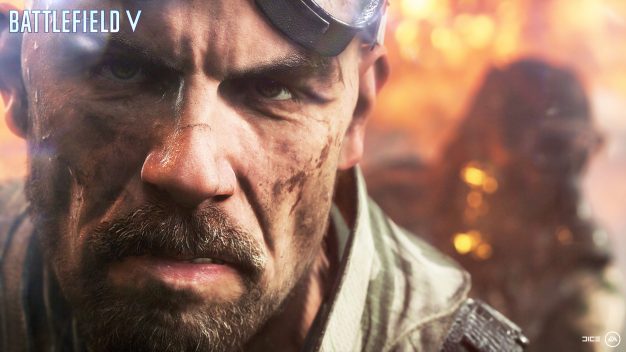 Of course, when you read the comment section, it plays out like a meeting of close-knit, like-minded individuals who are fuming that their game might not be 100% historically accurate (duh). But let’s break the accusations down for a moment. Those who despair at the presence of anyone who isn’t white or male ought to consider that EA and DICE have expressed a desire to revisit the second world war from a more nuanced perspective. Conflicts that are rarely touched by the historical shooter will take the limelight, according to the official live-stream: we’ll be experiencing military campaign from North Africa to Norway, exploring the war from the viewpoint of those who were not necessarily directly involved in the landings at Normandy. 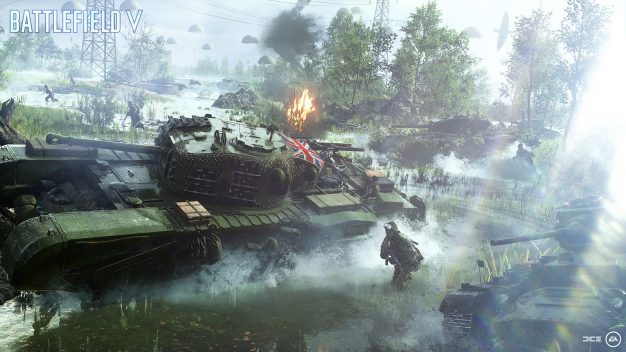 A quick Google search tells me that by 1941, an estimated 350,000 women were involved in the United States’ war effort, while some 487,000 British women volunteered for roles in our own military. And I mean fine, the presence of women on the front line was unusual for these two nations, but there is no need to completely downplay their involvement. Oh, and that arm? It seems to be a pretty standard example of 20th century prosthetic, and certainly isn’t some piece of hi-tech bionic gadgetry. I mean sure, the amputee in question certainly shouldn’t have returned to active duty, but are you honestly telling me that a videogame that involves a well-established resurrection system can’t feature soldiers who are making do despite severe injury? 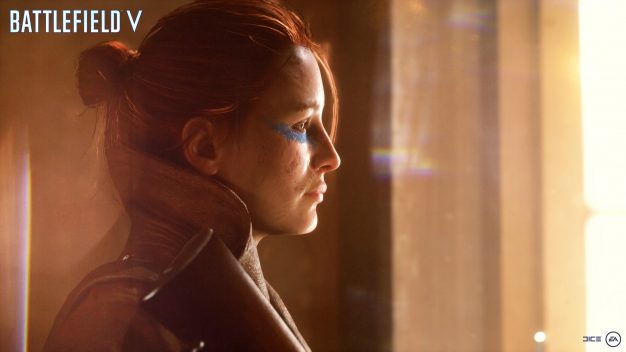 But I digress. The point here is that an awful lot of premature judgement is being carried out on the basis of one slightly baffling trailer – I’m here to talk cold, hard facts, and to reassure you that Battlefield V is not ditching historical accuracy for the sake of (and I’m paraphrasing here) the “SJW community.” God, but I hate that phrase.

Battlefield V will be set during World War II, and will – at launch – spend its time in the European theatre of war with the occasional foray into North Africa. As with Battlefield 1, more nations and environments will drop as DLC during the year after the game’s release; the difference here is that this DLC will drop free of charge, as EA do away with the controversial Season Pass. As I’ve mentioned, Battlefield V will explore some lesser-known conflicts, visiting the Battle of Rotterdam and the occupation of Norway alongside the usual World War fare in France. 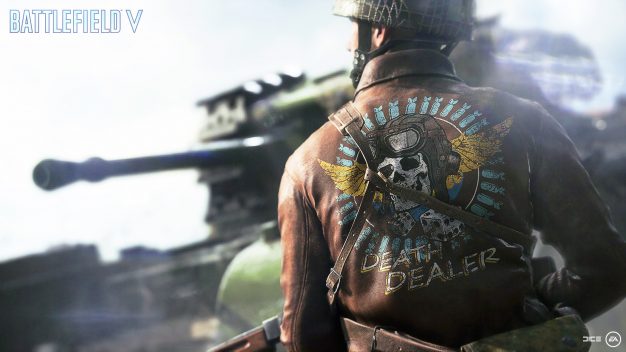 The game will see the return of a story mode in War Stories, and will also feature a co-op mode called “Combined Arms.” Of course, the talking point will be the Battlefield V multiplayer: continuing the trend toward large-scale, vehicle and infantry warfare, the game looks set to introduce a metric ton of new mechanics, gameplay features, and content, much of which harks back to previous Battlefield titles. 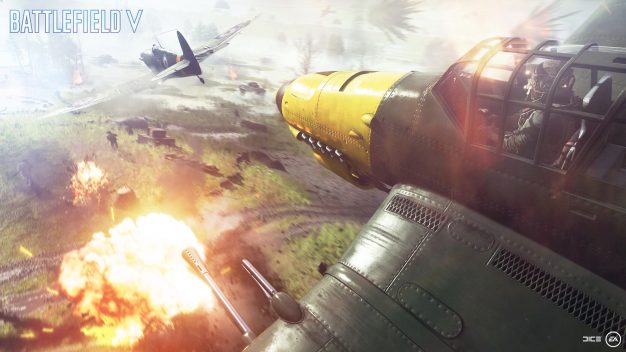 Players will be able to create their own company of soldiers, complete with supporting weaponry and vehicles; customisation is the name of the game here, which is something I reckon that crazy trailer is trying to get across. Multiplayer will also feature a new construction feature called “Fortifications,” allowing players to rebuild destroyed environmental objects using make-shift tools and materials. We’re not talking Fortnite, here, just sand-bag walls and scrap metal barricades. Oh, and on the topic of destruction: Battlefield V looks set to bring back Bad Company levels of destructible environments, with buildings suffering contextual damage based on the location and size of the impact. 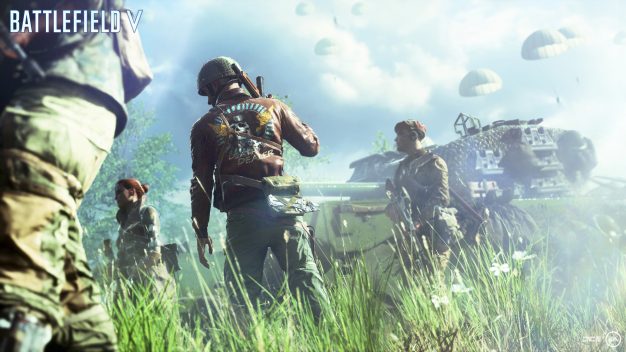 New to the Battlefield franchise is what they call “Attrition.” Players no longer regenerate to full health by default: the health bar is broken up into sections, meaning you’ll only regen to the nearest upper limit. If you want to heal all the way, you’ll need to approach a med kit or supply depot and physically interact with the object, commencing an animation and leaving you vulnerable. This applies to just about everything replenish-able in Battlefield V; gone are the days of passively resupplying whilst lying within touching distance of an ammo crate. 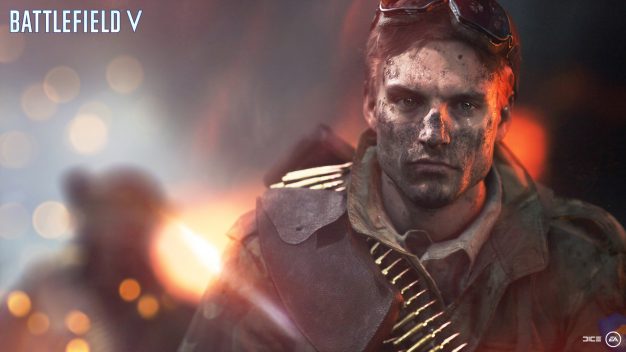 Now I could go into great detail on the subject of realism in Battlefield V, explaining how every gameplay feature requires input from the player from climbing ledges to spotting enemy soldiers. I could propound the lifelike qualities of the player interaction with the environments – rustling tall grass, for example – or even the fact that you’ll spawn in with far less ammunition, and occasionally be forced to scavenge from dead enemies. Hell, I could waffle on for hours about the fact that reviving players is now a full animation, and that you can drag your buddy’s wounded body to cover before you revive them. Or maybe you’d like to hear about how your movement options have increased substantially, now allowing for crawling backward and firing or dive-rolling through windows. 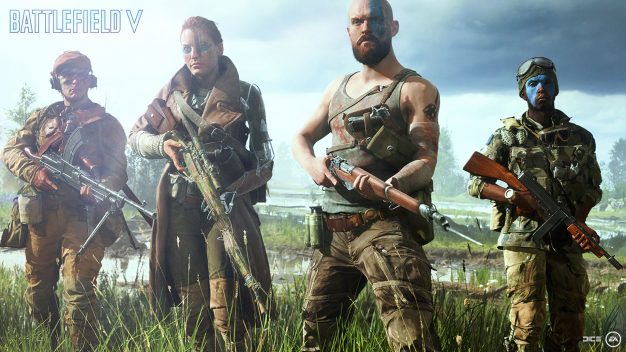 Hopefully you get my point. Battlefield V is shaping up to be a phenomenally interactive shooter that’ll force the player to think tactically, take nothing for granted, and play the bloody objective. Sadly, the reveal trailer has only subtly referenced any of the things that I’ve covered here, instead choosing to dive headfirst into hammy cinematic action (and piss off the fans as a result). So if you want a real Battlefield V reveal trailer, and are interested in finding out even more about the latest from DICE, check out Youtuber JackFrags’ fantastic run-down of all the myriad features that are coming to the new Battlefield title.

In other words: Don’t Panic. The historical accuracy of your beloved Battlefield is as intact as it has ever been. Trying counting the positives, instead, and maybe check out the official site.