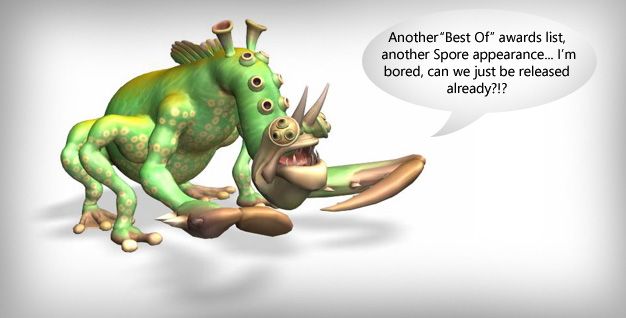 The 6th consecutive “Best of GC” awards were handed out for the best showings at this year’s conference. Below you’ll find the complete list of winners, let the drooling begin.

There you have it, the winners in all their glory. I think it’s rather telling that nearly half of the titles on that list are EA properties. Perhaps the dreaded EA isn’t as bad as everyone thinks?