You know people are taking a sport seriously if they’re willing to put their money on it.  E-sports have long been denied respect and recognition as sports but it seems like that is no longer going to be the case. Betting on e-sports is starting to become the norm, and if you are into e-sports and betting, then this is the perfect time for you to get in on it.

People who bet seriously always take into factor team performances and probabilities. This is the greatest strength of e-sports betting because it is so much more quantifiable than other types of sports. When we talk about betting on something like football there are way too many variables to account for everything. The weather conditions, player fitness, player ability, and other such similar factors mean that it is hard to quantify the chances of one team against another.

There is no such issue with e-sports. Since the sports are virtual, almost everything can be measured and tracked. The only thing impossible to track is the mood of the players at the moment. You can find out stats about the smallest things. When it comes to games like Dota 2 and LOL (League of Legends) you can even see how players usually play and thus get an idea about what sort of a matchup can be expected between teams. This is why even sites like bet365 are now getting in on the option. 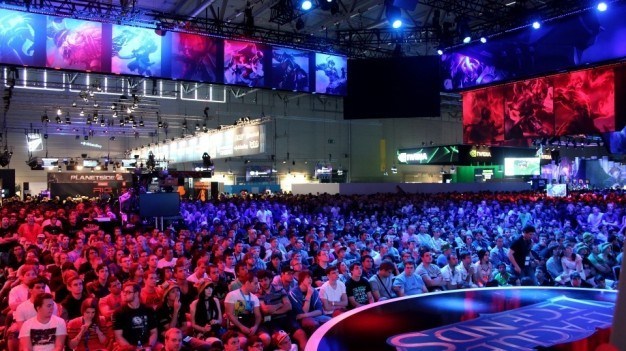 Games like CS:GO are a bit harder to bet on because things happening due to chance are much more common when it comes to CS:GO. Counter Strike Global Offensive often has matches going completely off track because of chance encounters and thus betting on it is still in infancy. In CS:GO, you can judge players by their K/D ratio; however, it’s much harder to judge how two teams will perform against each other.

There has always been an emotional element to betting though, so people are going to bet on whatever sports they love the most. People who love playing CS:GO understand the game deeply and thus like to bet on it. People who love Dota 2 similarly bet on their own game. Having said that, when it comes to options and variations, Dota 2 is much deeper than CS:GO.

E-sports betting is here to stay

If we were to compare them to normal sports CS:GO is like football while Dota 2 is like cricket. CS:GO is like football because while there is an overall strategy what happens on the field can instantaneously turn the whole match upside down. Dota 2 is similar to cricket because you have to think about which player can counter another player and losses and wins are easier to see coming from far away. With such spectacle involved, it’s easy to see why websites as big as bet365 are getting involved! We can only see this industry getting bigger and bigger.