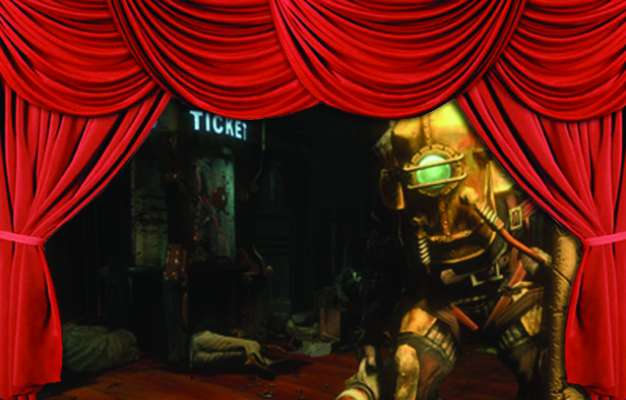 Gametrailers TV will be pulling back the red curtain on the first BioShock 2 gameplay footage later this week, featuring the world premiere of the Big Sister in action from the relative safety of their new time slot – Thursdays at 12:30 AM ET/PT on Spike TV and Spike HD.

Host Geoff Keighley will be coming straight to viewers from the 2009 Game Developer’s Conference in San Francisco with first-look footage of 2K Marin’s return to our favorite underwater dystopia, currently being developed sans the help of creator Ken Levine. The new episode will also feature a new trailer for Punch-Out!!, new footage from Killzone 2 and new artwork from Fable II‘s forthcoming downloadable content.

But pity anyone or anything who dares draw attention away from the crazy girl with the giant needle.