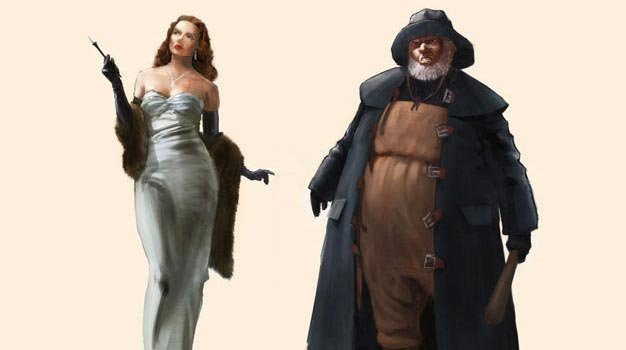 Update: As pointed out by commenter SecondrateSaint (cheers!), these characters are indeed the bonuses for pre-ordering the game from GameStop. Our source for reporting the story in the context of DLC was CVG, who in turn sourced Kotaku — both sites have removed their stories.

Original story: “Aggressive plans,” indeed — BioShock 2 will be getting downloadable content on the day of its release, it appears. Two characters, actress Mademoiselle Blanche de Grace and sea dog Da Costa, are said to become available as downloadable add-ons for the Digital Extremes-developed multiplayer mode.

Since the multiplayer mode tells a prequel story, it’s only appropriate the characters have some backstory. And they do — the Mademoiselle made her way to Rapture in search of new audiences while Da Costa, who was born on a whaling ship, wished to see the love of his live from a different point of view.

So far the characters appear to have been confirmed for Japanese audiences only, as a special offer to get players into the multiplayer mode. Release in other regions as well as the pricing, if any, remains unknown for now.