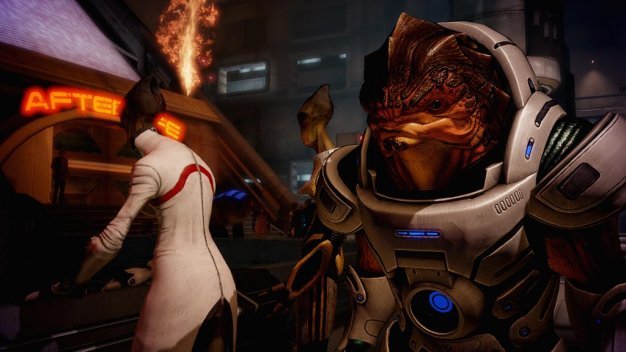 Exactly how early is too early when it comes to discussing a game’s sequel? We’re not sure if there’s an official rule yet, but we’re just scratching the surface of Mass Effect 2‘s DLC and BioWare already wants to talk Mass Effect 3. That’s a little soon, but we’d be lying if we weren’t intrigued by what BioWare CEO Ray Muzyka and VP Greg Zeschuk had to say about the trilogy’s finale.

In an interview with UGO, Muzyka and Zeschuk talk about how they built Mass Effect 2, and what’s going to be different in Mass Effect 3. Most interesting is the amount of attention paid to fan feedback in order to improve upon the original formula. According to Zeschuk, BioWare “totally changed what we were planning to build because of that feedback.” More specifically, “We focused a lot more on action, and it really amped the shooter aspects of this game.”

As for Mass Effect 3, Muzyka answered cryptically when asked how the game’s story would support the appearance and class change that would happen in the beginning of the third game. Surely they couldn’t do it in the same way as in Mass Effect 2. “We’ve got some tricks up our sleeves,” he replied, “We have new tricks.”

How exactly that plot detail is resolved will be a mystery for the foreseeable future. What won’t be a mystery is which game Muzyka and Zeschuck will consider to be the best in the series when all is said and done. “I don’t think Mass 3 will be as revolutionary when we really streamlined the experience,” said Muzyka, “but what we’re going to do is refine it and make it even better.”