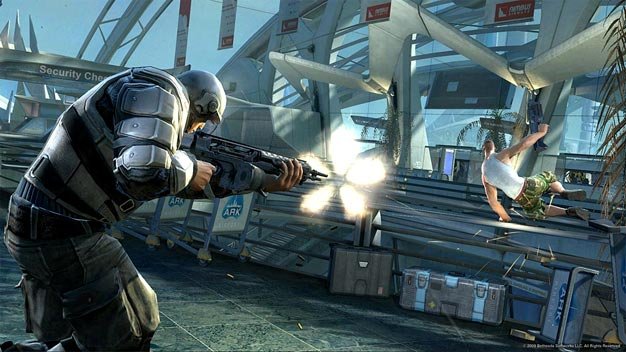 With several months of development time left, the PC and console-bound Brink is looking almost identical across the different systems. That’s according to developer Splash Damage’s creative director Richard Ham who says it’s difficult to tell the different versions apart without knowing which one’s actually being played.

“It’s been a big challenge transitioning from a PC-only developer to a developer working on PS3, Xbox and PC at the same time,” Ham told to Skewed&Reviewed in a recent chat, adding: “Our biggest success is achieving this goal. Right now, all three platforms are running great and it’s hard to tell at a glance the difference between the three, until you look at the player’s hands to see how he’s controlling the game!”

In the same chat, Ham expressed how important it is for the game’s AI to smart enough so players couldn’t tell the difference between an AI-controller character and human intelligence — something we wrote about earlier.