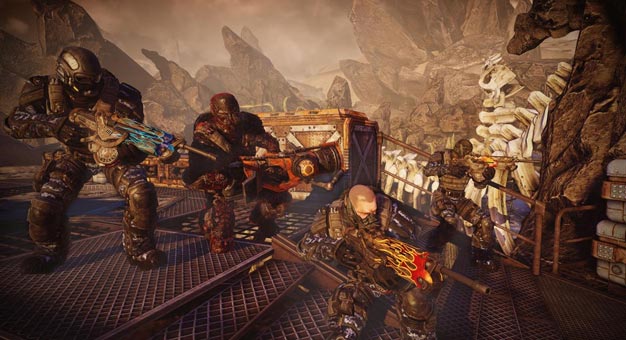 People Can Fly’s over-the-top first-person shooter/kicker debuts in late February, but gamers will get a taste for its blood-soaked gameplay much sooner.

A demo for the title will hit Xbox Live and PlayStation Network January 25, it has been announced.

In the sampler you’ll be able to play through a portion of the title and have 45 skillshot abilities at your disposal. Oh, and by downloading the demo you’ll unlock unique optimizations that can be used in the full game’s Anarchy mode.

If I could add this to my queue right now I would. What about you? Are you excited for Bulletstorm?