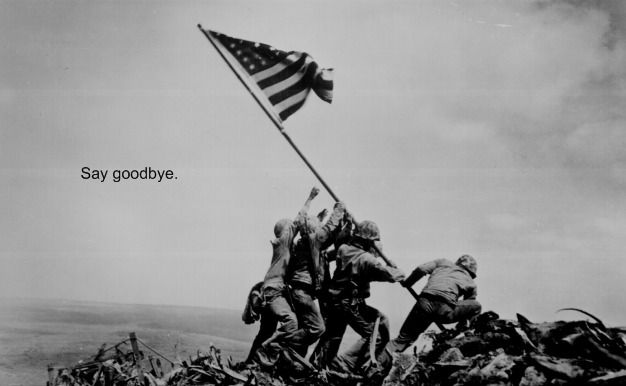 Stop us if you’ve played this one before: The skies are gray with overhead fire and crashing debris from planes dog fighting above. You’ve just landed on a beachhead and you’re making your way into enemy territory as mortar shells explode all around you. Through the speakers of your television you can hear the screams of the dying or injured members of your platoon. As you make you way to a trench to join the other grunts in your squad you’re treated to a cutscene introducing the Captain of the squad, who starts to tell you he’s a school teacher from Brooklyn, but before he can give you the details of your mission he’s taken out by an incoming squad of Nazi soldiers yelling war cries in German, thrusting you right back into the action.

Chances are if you’ve played any games in the Call Of Duty, History Channel, or Brothers In Arms respective franchises you’re no stranger to World War II drama. But that could all be coming to a end, at least for Treyarch in developing future games for Activisions Call Of Duty series. Noah Heller senior producer on Call Of Duty: World  at War sat down with U.K.’s Official Xbox Magazine and sort of let the cat out of the bag as to what Treyarch’s future approach to COD games would be stating, “I won’t let your readers read into the comment too much, but we are showing the final battles of the Pacific and the European Theatre and that lets us put a close to the war. I’m sure game companies will be making World War II games for years to come and World War II is a very classic war. But we’re happy that we put the war to bed.”

So that leaves us to wonder what next? Vietnam maybe? Will they follow Infinity Ward and give us some “modern warfare?” Or maybe something entirely off the chart like a Civil War period FPS? Thinking about it, that might actually be something that worked… Yeah right.