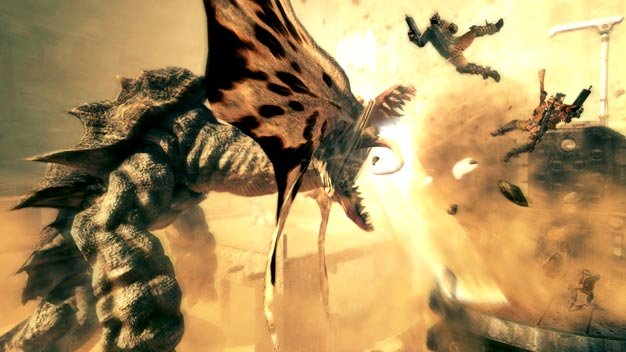 While Microsoft subscribes to the idea that size doesn’t matter and it’s all about how you use it, Capcom has been having trouble with the limp disc size of the Xbox 360’s DVD format. Lost Planet 2 producer Jun Takeuchi discussed the difficulty in developing the multiplatform title and being held back by the tinier DVD format in comparison to the PS3’s Blu-ray.

“There wasn’t especially any big trouble. More than those kind of difficulties, the edited content was way too much and dealing with that was more difficult than anything,” Takeuchi said. “This time, truly, the content that was cut was significant and at the end, we had to wrestle with disc space.”

Bigger may be better, but Capcom is comforting the self-conscious Xbox 360 with promises that the edited content may find its way through DLC channels. “I think we could be able to add that content at a later date as downloadable content.”