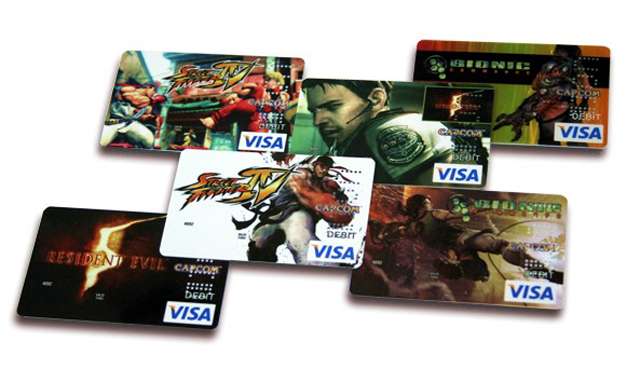 Nothing expresses your love of videogames better than the crippling credit card debt racked up purchasing them, which is why it’s so fitting for  Capcom to announce its own branded, pre-paid Visa cards. The Capcom Unity Card, whose initial run features artwork from Street Fighter IV, Resident Evil 5 and Bionic Commando, is available online as of today in honor of SFIV‘s console debut.

In addition to looking sorta spiffy, it actually has some interesting gamer-related benefits, the most immediate being a 15 percent discount on purchases made at Capcom’s online store. The card will also garner gamer perks in the form of cashback bonuses from online or signature-based purchases, accelerated rewards and unity points.

For every dollar added to the card, the holder is granted five “Capcom Unity Points” which can be used on the community website to enter auctions and raffles, among other rewards that go “above and beyond the standard incentives.” According to the company’s press release, these “experiential rewards” will range from access to beta tests, line jumping at game release events, being written into a Capcom game or comic book, and being an extra in a Capcom movie.

Since this is not technically a credit card, pretty much anyone over the age of 13 qualifies, so expect a lot of prepubescents to start flashing the plastic at a GameStops all across the U. S. of A.