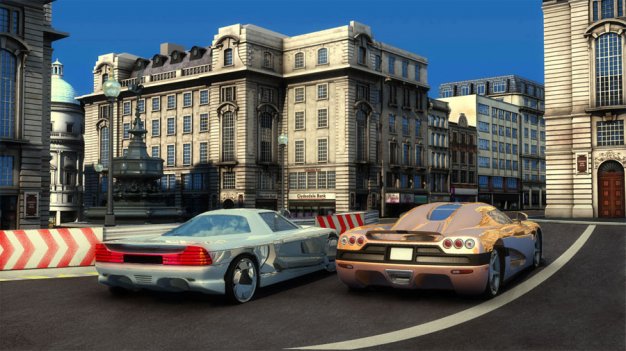 Ready for some hyper realistic…racing? If you said yes, get ready to sit back and wrap your hands around Cargasm. Boasting “some of the most photorealistic levels in a racing game”, courtesy of their website, players will be put in the driver’s seat of an arcade style racer that, according to the developers, has levels with every little detail reproduced down to inches of the real location.

Tracks will include: Central London, Yellowstone National Park, Egypt, San Francisco, the Swiss Alps, and even Mt. Kilimanjaro. All will be sporting hyper realistic details from the facades of London store fronts to the Golden Gate Bridge of San Fran to the, uh, rocks, of Kilimanjaro.

Community features are present as well. Up to 16 multiplayer LAN games, buddy lists, match making and the ability to upload videos directly to YouTube. Don’t forget the “Cargasm Harem” that you will be able to acquire on top of the regular trophy system which will also be shareable via Facebook and other social networks. Details on this point remain sketchy yet intriguing.

Cargasm will be coming to PC, Xbox 360, PlayStation 3, Wii, PSP and iPhone. As of yet, there is no release date for this thick racing goodness.

About the author: Steve Jacobs