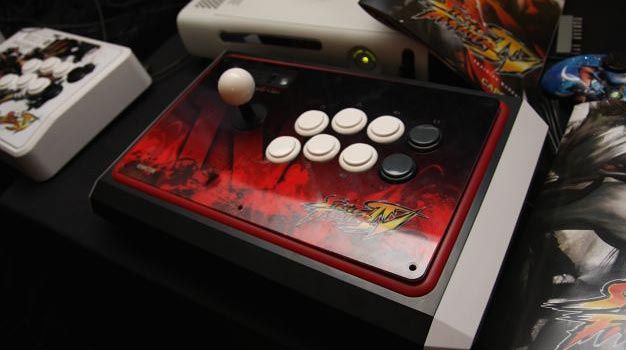 Skeptical. That would be the best word to describe my attitude towards the entire Street Fighter IV set up at Capcom’s suite in the Planet Hollywood Hotel. Picture this: four 36″ HDTV’s all lined up next to each other, each one playing the final build of SF4. I felt a little guilty when I saw it all because it had about the same effect on me as if I had met Amy Winehouse or Tony Romo; I really didn’t care. My love of fighting games faded sometime after Tekken 3 hit consoles. It just felt like the genre had hit its limit as far as new and exciting gameplay was concerned.

As I played the game that some people would sell their second-born child to get a chance to try out early, my boredom faded away when I looked down at the controller in my hands. The Street Fighter IV Tournament Edition FightStick is everything you have ever wanted your arcade stick to be and, as strange as it may sound, a whole lot more. 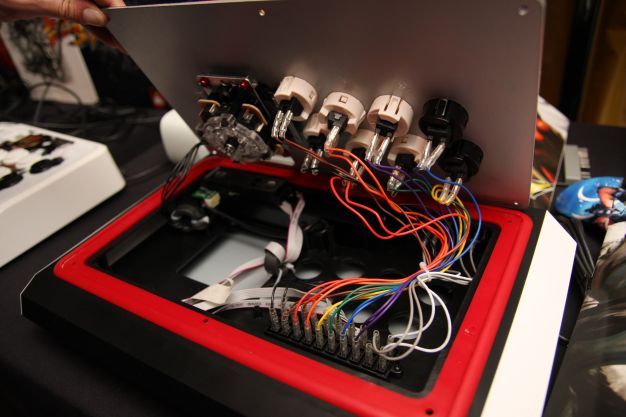 Seth Killian, Community Manager for Capcom, described the arcade stick as every good idea in the past 10 years put into one controller. He wasn’t joking. This is the only arcade stick you will ever need. Not only is it designed almost perfectly for fighting game fans, it’s also completely customizable to every last detail. The faceplate lifts up to reveal all the wiring and working underneath. With most arcade sticks, if one of your buttons just stops working, you’re out about $100 bucks until you send it off to get repaired. With the FightStick, all you have to do is swap out a button and a wire and you’re back in the game. Don’t care for the actual control stick itself? Swap it out with any one you like. There’s even a square hole in the bottom of the FightStick so that it can be as big or as small as you want. 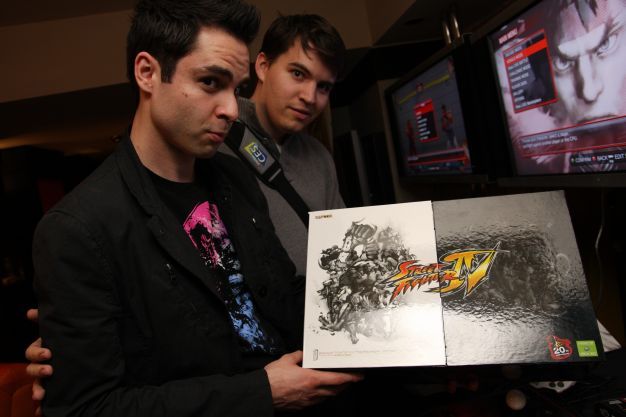 With a retail price of $140, this is definitely an investment but from what I was able to feel and play with, it’s absolutely worth it. Killian also told me the controller would work as a MAME cabinet arcade stick. That’s when I finally mustered up the courage to tell him I loved him. The feeling was mutual. That’s when he dropped the most shocking news about this stick yet. It’s made by MadCatz. That’s right. The nicest and most grand arcade stick that you could hope for is made by MadCatz. It sounds like they are hoping to turn their reputation around and this stick is a fantastic testament to that. Currently, they are all sold out on Amazon, so if you can find one somewhere else online, I’d suggest you not hesitate. This is the arcade stick you’ve been waiting for. 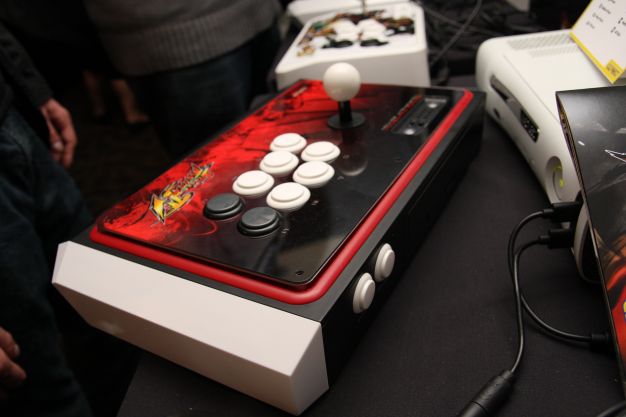