Here in the midwest, we think that spring is nearly here. Polar vortexes aside, the calendar month is March, so maybe? Either way, this time of year means that the Chicago Comic and Entertainment Expo (aka C2E2) is about to pop off at the McCormick Place on March 22-24.

The TVGBers in the Chicagoland area attend nearly every year and plan to provide you coverage on this year’s happenings. A large focus for us is the Gaming Zone, which features video games, board games, and card games alike. I Play Games has been supporting the video gaming floor for as long as I can remember and they will be back again this year hosting multiple gaming tournaments from classic Mario Kart 64 to Super Smash Bros. Ultimate.

Apart from gaming tournaments, Cascade Games LLC will be hosting Magic the Gathering tournaments all weekend. Other C2E2 tabletop/deck-building events will be centered around Keyforge, Star Wars Destiny, Legend of the Five Rings, and Upperdeck. 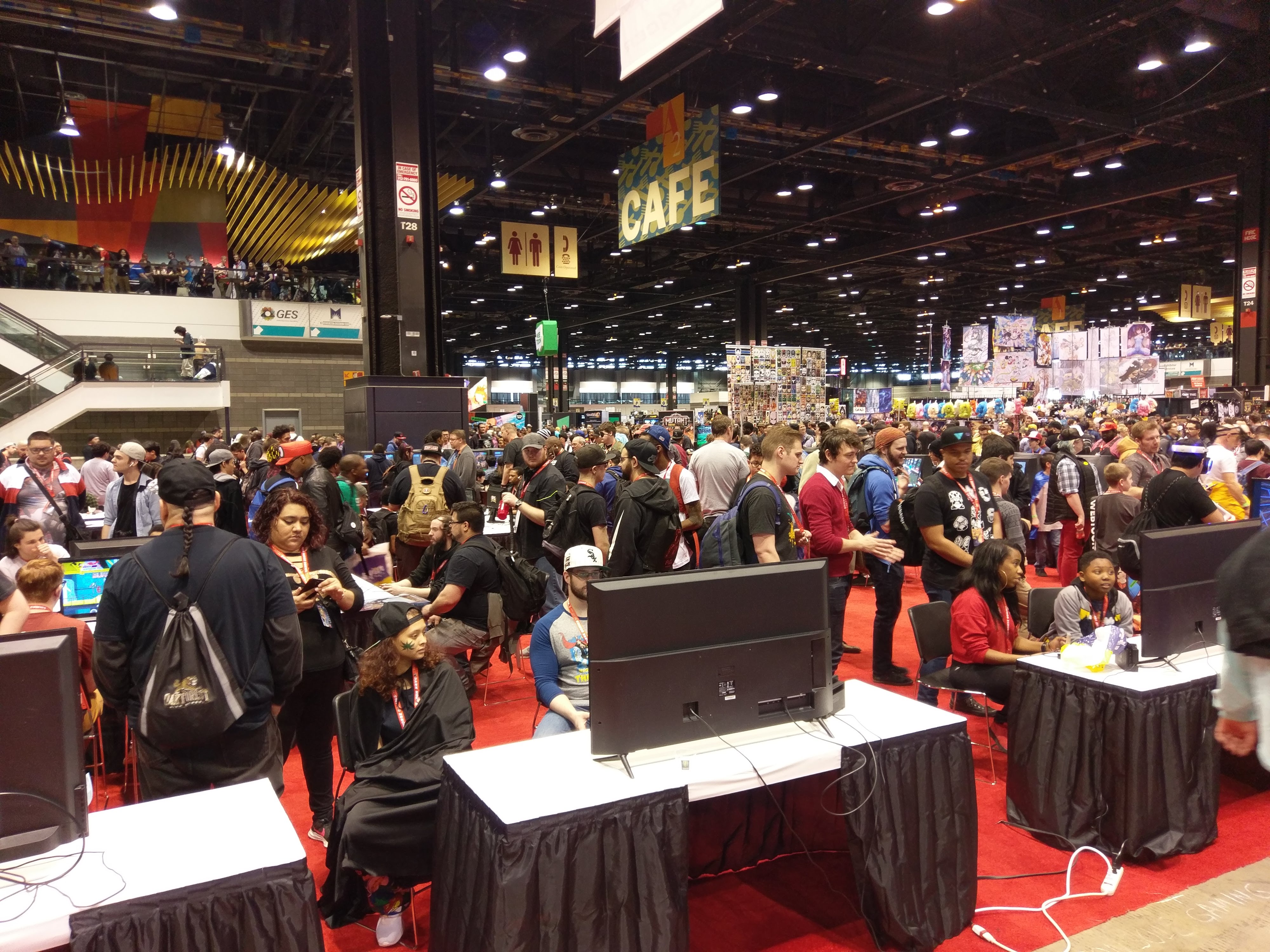 The interactive, live-streaming game show Gaming Under the Influence will be happening all weekend long, but you’ll have to BYOB. Additionally, DePaul University Esports will be on hand.

Last, but not least, lots of voice actors from your favorite games will be on-site to sign autographs and meet fans. There looks to be a large gathering of Mortal Kombat actors in attendance for a panel on Saturday, March 23. However, I am looking forward to FemShep herself, Jennifer Hale!

For a list of gaming guests and more information on the Gaming Zone at this year’s C2E2, head over to c2e2.com/Features/Show-Floor/Gaming-Zone/.