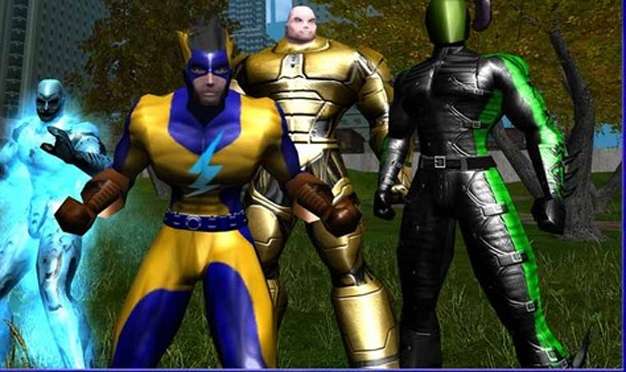 Despite a few bumps along the way, City of Heroes has continued to thrive in the ever competitive MMO market. In the past week, apparently, it got a whole lot better (h/t 1upnews).

In an open letter to players, Paragon’s Matt Miller described how Issue 14: Architect, a week old feature for CoH and CoV has been generating tons of interest in the game and copious amounts of content. For those of you unfamiliar, Architect allows users to create characters and story arcs that provide other users with missions, quests, and other similar goals. The idea behind the feature was that developers can’t create enough content quickly enough to keep users interested for long. Eventually you play through all the missions, meet the characters and get your fill of the world. And expansions, while welcome, don’t last very long. It only took WoW users 24 hours to beat Lich King, and that was developed for over a year. So Architect gives the developing power to the user… and so far it’s been a huge success.

According to Miller, “within 60 minutes [of launching Issue 14: Architect] , we had 360 entire Mission Arcs (each containing up to 5 missions) available for other people to play. By midnight on day one, we had over 2,600 arcs, and exactly 24 hours after launch we were already at 3,800 arcs. We did some data mining of our own, and 3,800 surpasses the amount of content that we, the developers, have made for all of City of Heroes and City of Villains combined. In just one day our users did more than we could in almost five years.”

Woa. You’re gonna need a protractor for all of those arcs! Right? Am I right?

So…yeah. City of Heroes is doing what all good MMOs (and RPGs for that matter) should be doing: allowing its players to provide creative input and maintain growth in the game’s world. You might rightfully worry about a lot of these missions being lame or full of plot holes or being glitchy, as they were not made by pros. However, of the 20,000 story arcs that have been published thus far (good luck playing through all of them), more than 2,800 have been given 5 stars by users. That means 1) Paragon designed Architect well, and 2) smart people are making cool missions for really awesome players to enjoy.

Later in his letter, Miller noted that, “Players and the press have been calling this revolutionary, and I think we at Paragon Studios are just bringing our heads up to see exactly how revolutionary it actually is.” I wouldn’t call giving users the ability to create content revolutionary —LittleBigPlanet? — but it was clearly well planned and executed. Go team.