If there’s one thing I associate with this console generation, it’s racing games. The first game I picked up for the Xbox One was Forza Motorsport 4, which reignited my interest in the genre. That interest has held strong ever since, with racing games being some of my biggest time sinks over the last several years. That’s mostly come down to the Forza games, but a few years ago there was something else that caught my eye. I heard about an open world racing game that featured a recreation of the continental United States, and that absolutely got my interest up. I spent hours playing the open beta of The Crew, but once the novelty of the setting wore off, there was little to push me towards actually buying the game. I always saw that as a missed opportunity, so when I heard that a sequel was on the way, and that it added boats and planes you could switch to at any time, I knew it was time to right that wrong. But has The Crew 2 added enough substance and racing know-how to compete with its rival, the upcoming Forza Horizon 4? Let’s dive in and find out. Not literally, though; there are no submarines (yet). 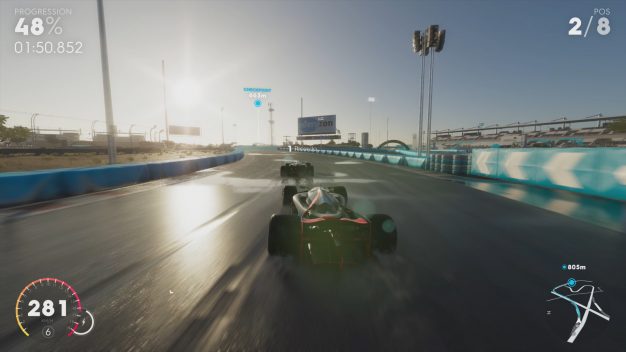 To start with, there are a couple of things that this game does particularly well that are worth mentioning. First up is the map, which is what drew me to the series in the first place. It’s not just that it’s a scaled down version of the continental United States, complete with all of the cities and landmarks you would expect, though that part is awesome too. But a map based on such a varied area also makes driving around feel interesting. There are cities, rocky areas, farmland, cities of all sorts, rivers, lakes, and race tracks; you can find just about any kind of environment you would want (within reason). It’s also big enough that there’s a lot to discover, and you don’t have to spend too much time in any one environment. It isn’t perfect, mind you; some of the cities in the game are missing major landmarks (not including the Sears Tower in Chicago is a big miss), and the size of the map means that there are a lot of areas without much to (especially in, again, the cities). But the recreations are still pretty good, and they capture the feel of the locations. Since there are a variety of extra smaller events, and you can always try events again for a better score, you won’t have too much trouble finding what you’re looking for. 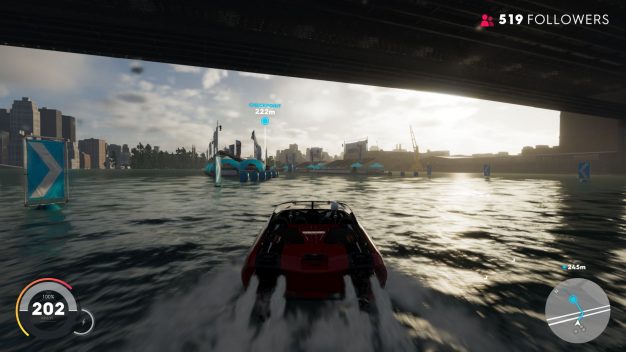 The other thing The Crew 2 pretty much nails is variety. It isn’t just a matter of cars, bikes, boats, and planes. The game features street races, traditional track races, drag races, stunt competitions, off-road races, and more. You can do flips with a monster truck in a truck-sized “skate park” near New York, fly over to Indiana, and race a Grand Prix car on a closed circuit. Events are split over different “disciplines” such as Drag Racing or Aerobatics, and there are a variety of vehicles available for each. Granted, the number of vehicle options will underwhelm fans of Forza, especially since the same few car models seem to show up in several different versions throughout the vehicle list. It’s also relatively difficult to unlock the more expensive vehicles without paying real money for them, or saving your credits for a while. But it’s still the only game that lets you drive a Spitfire, a McLaren, a speedboat, and a monster truck version of a Mustang, and the variety of gameplay makes The Crew 2 hard to put down. 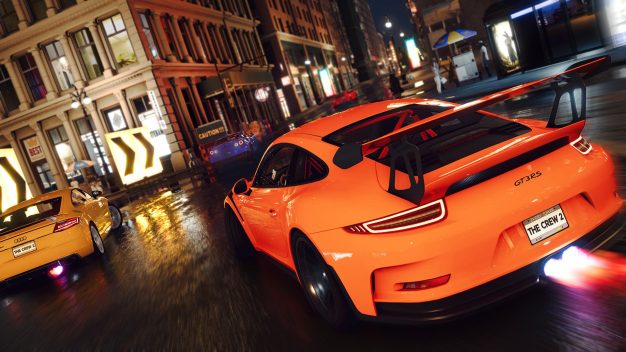 If those are the things the game does best, though, there’s one rather critical piece it doesn’t do so well: the actual racing. As arcade-style racing games go, it’s sometimes perfectly fine. There’s a good sense of speed, and the vehicles are easy enough to maneuver in free play. But when you start doing actual races, you’ll find that the handling is a real problem. Even if you’re using a vehicle that has easy handling, you’re still likely to skid off the path and crash into a tree. Even if you brake into turns at just the right time, it just gives the CPU opponents time to pass you; the rubberbanding in this game is egregious. Cutting corners is a necessity, but even with that strategy in mind, it sometimes takes many tries to clear one race. For most of the races you can improve your chances by improving your vehicle, at least, but for some you can’t even do that. Granted, not every race has these problems; it depends on the race type and the course. And in free roam, the handling isn’t too big a problem. But I really can’t imagine why the developers wouldn’t have included something like the rewind feature in Forza here. Without it, turning one degree too far might mean starting the race over again, often more than once. 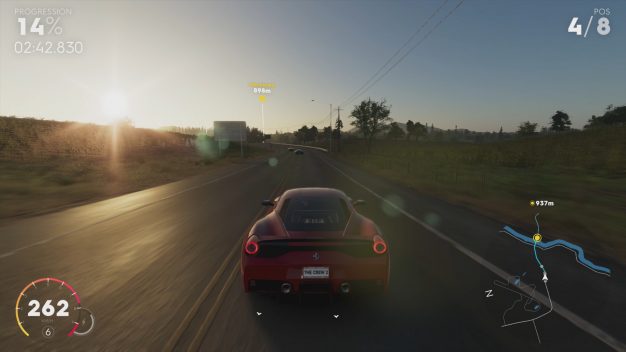 This doesn’t just apply to races, mind you, but all of the game’s events. This can be particularly troubling in a few of the event types, which are sorely in need of tutorials. The Drift and Air Race events drop you in with virtually no explanation of how to properly control your vehicle, and they get frustrating enough that I end up ignoring some of them. Again, I do appreciate the variety that they add, but throwing players into the deep end doesn’t seem right for this sort of game. The sad truth is that if you want to list the glaring flaws in The Crew 2, you have plenty to work with. The in-game economy makes it hard to unlock more expensive rides, it’s online-only despite not really having much player interaction, there are horrendous loading times, and it logs you out if you’re inactive for a little while, just to name a few.

In conclusion, I recommend that any fan of racing games…try out The Crew 2 as soon as you can. I’m not kidding. Sometimes a game can have a laundry list of failures and still be worth playing, and this is one of those times. Speeding past famous landmarks on a turbocharged motorcycle, dropping a monster truck onto the roof of the White House, and switching seamlessly from offroading to Tony Hawk-esque tricks are among the many things you can do in this game. And while it will definitely (DEFINITELY) frustrate you along the way, you may find that you keep coming back for more. I don’t know if it will stand the test of time, or if it will still be fun after a month or two, but I know that I’m very happy I gave it a try, and I think you will be too. The Crew 2 is worth taking a chance on. Now, if you’ll excuse me, I’m going to go try to fly a World War II fighter plane through the Gateway Arch.

Speed bumps on the open road