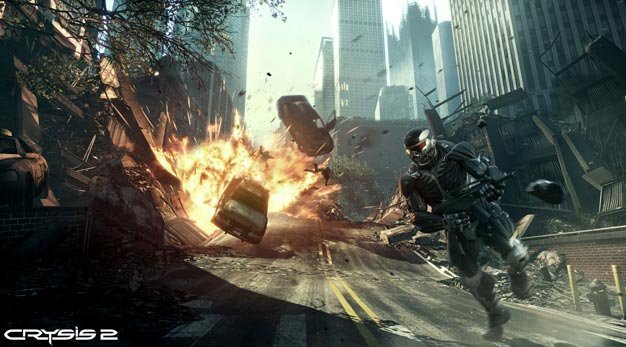 They’ve said it before, they’re saying it again; Crysis 2 is aiming to set a new graphical benchmark on consoles.

Talking specifically about the PlayStation 3 version, Michael Glück, lead programmer on the system, says the upcoming New York-based shooter is looking to surpass the visual fidelity of “all PS3 games” as it releases later in the year.

“With each generation of game titles on PS3, usually every 2 years, the games improve significantly in its quality, mostly showing off in graphics,” he told Play Magazine. “I think with Crysis 2 you will see the quality bar being set at a very high level that games will struggle to excel.”

“We’re aiming to set a whole new benchmark with that game for all PS3 games.”

But, according to Glück, once the game’s out, major advances in the graphics department will stop.

“Still with an AAA title shipped on PS3, you get the chance to improve further, so the next game developed with CryEngine 3 after Crysis 2 on PS3 will not be worse and rather be more polished and have higher quality in all areas,” he said.

“However, it is unlikely to see a major improvement in graphics as we try to not cut any graphical feature and rather optimize it until it becomes feasible. So I expect more density of game elements, physic effect, more interaction, but the major graphics quality will not be significantly improved.”

The game is expected to ship this holiday.