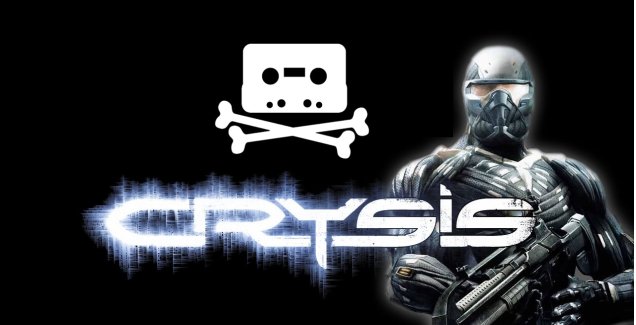 Game developer Crytek recently said that it will be impossible for them to produce PC-exclusive titles in the future because of massive piracy, and things don’t seem to be getting any brighter on that front.

In a Crysis Warhead interview with IGN, Crytek CEO Cevat Yerli says that Crysis’ low sales figures depend partly on bad marketing, but mostly on internet piracy. “The PC industry is really, at the moment, I would say the most intensely pirated market ever. It’s crazy how the ratio between sales to piracy is probably 1 to 15 to 1 to 20 right now,” Yerli said.

1 to 20? I actually believe that number could be higher. Piracy is getting bigger and easier, even those with little knowledge in computers can download a newly released game, and that’s making it extremely hard for developers to release a PC-exclusive game with confidence. The question is, should the pressure on Internet pirates be higher, or should the game industry rethink and adapt?

If there’s a solution to this problem, it has to be a realistic one. Those in the piracy business are just as smart as those trying to stop them, and new preventative software/hardware is just going to make it harder, not stop them. People would probably be less likely to download illegal software if there was a legal alternative. If more games were available for download (for a lower price than when you buy it in the store), it would be a sign of progression and comprehension. Although this shouldn’t be needed in a perfect world, unfortunately we don’t live in one.

Of course, this isn’t a guarantee, and maybe people would keep downloading illegally just as much as before. This is why it is such a big problem, there’s no simple solution. What do you guys think, should we point the gun at the pirates or is this something that could be solved without bloodshed?