The Darksiders series appeared to die with THQ, but the franchise has since returned in a big way. While Darksiders 3’s review scores were mixed, the game did well enough to make back its budget, proving that players are still interested in the Horsemen and their stories. But instead of moving on to a direct sequel, we instead have this unusual spin-off. Darksiders Genesis still features some of the elements you would expect from the series, including some basic puzzle solving, but the top-down view and focus on action set it apart. 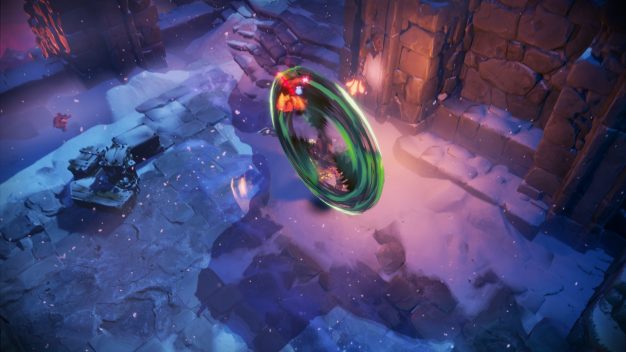 That was really all I knew about Genesis going in; it seemed very Diablo-like. So imagine my surprise when I learned that the game only supports two players at a time, and only includes two of the Horsemen. I don’t understand this decision at all; this was the perfect game to make all four playable together, but not only did the design not go that route, they also decided not to support four players (as is the standard for this sort of game). It’s such a disappointing missed opportunity. 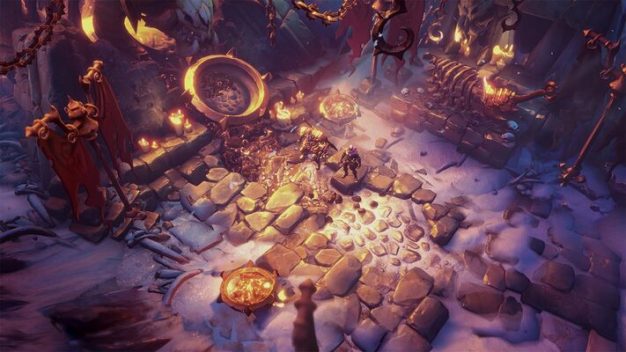 That being said, the two we do get work well together. I love Strife’s wisecracking, especially because of how out-of-place it is in a game like this. Other characters speak very deliberately and stay entirely serious, especially his brother War. This creates a fun dynamic between the two, as they sound like they come from completely different games, but in a funny way rather than a disjointed way. The pairing works well mechanically as well; War is a melee combatant and plays like most dungeon crawler games, while Strife uses guns and plays like a twin-stick shooter. A single player can freely switch between the two, or you can split up for split-screen or online multiplayer. It seems that Genesis was designed with multiplayer in mind, because it’s a real slog to get through some of the stages alone. Still, it’s a fun time overall. 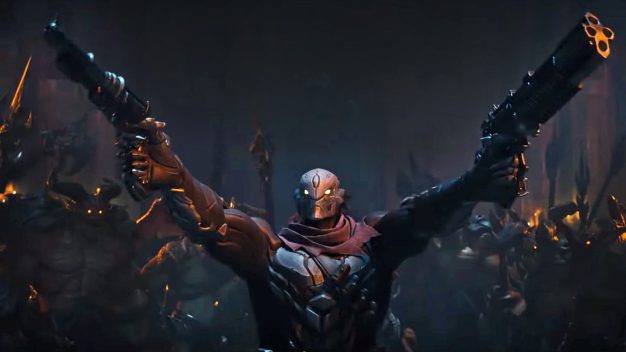 Still, I enjoyed playing the game, but I did feel disoriented as I played. As a multiplatform game, it wasn’t designed for the Switch’s portable mode, and it shows; everything onscreen is so small that it’s easy to lose track of where you are, let alone appreciate the visuals or make sense of the things you pick up along the way. Don’t get me wrong, I love that there is a competent Switch version of this game, but playing in portable mode is far from ideal. It doesn’t help that there are too many types of collectibles, and that Strife’s controls in portable mode will hurt your hands. 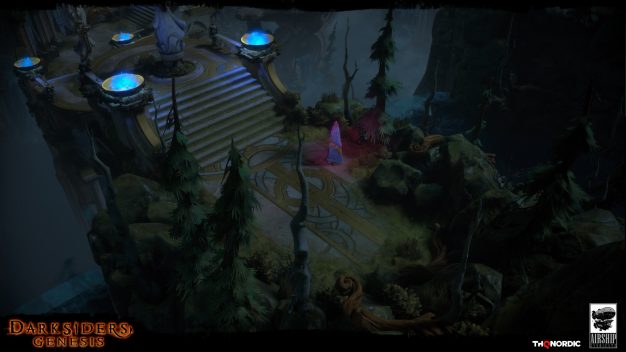 Darksiders Genesis is a pretty fun game in general, but that’s the best I can give it. Besides the art style, the only thing that lets Genesis stand over the bevy of dungeon crawlers out there is Strife. He’s an entertaining character whose gameplay provides interesting options for players, and I hope he gets his own Darksiders 4 soon. In the meantime, you could do worse than