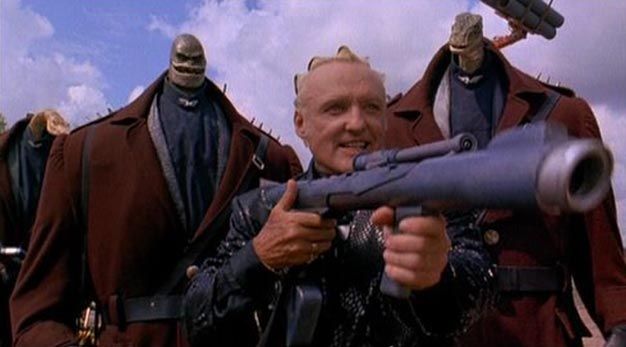 Speaking with the late night host, Hopper said, after being questioned about which of his films he regrets the most, “I made a picture called Super Mario Bros., and my six-year-old son at the time — he’s now 18 — he said, ‘Dad, I think you’re probably a pretty good actor, but why did you play that terrible guy King Koopa in Super Mario Bros.?’ and I said, ‘Well Henry, I did that so you could have shoes,’ and he said, ‘Dad, I don’t need shoes that badly.'”

We’ve learned two things from this. One is that Dennis Hopper clearly does not understand the importance of his performance in that movie and the second is that his six-year-old son was really clever. Anyone surprised that an actor took a job simply for money? I know! The very foundations of Hollywood must be shaking as we speak.