There are quite a few games out there that pit us as players against a real or imagined A.I. This obviously isn’t a bad thing and an all-knowing, highly dangerous; completely insane super-computer makes for a pretty awesome rival. Let’s turn the tables, though. How many games out there let you be the highly dangerous, completely insane super-computer? Not as many, right? Well if you fancy being a sadistic super-machine and you aren’t particularly fond of humanity, Despotism 3K might well be a very good addition to your media library. Plus being the bad guy’s just fun; so there’s that too. 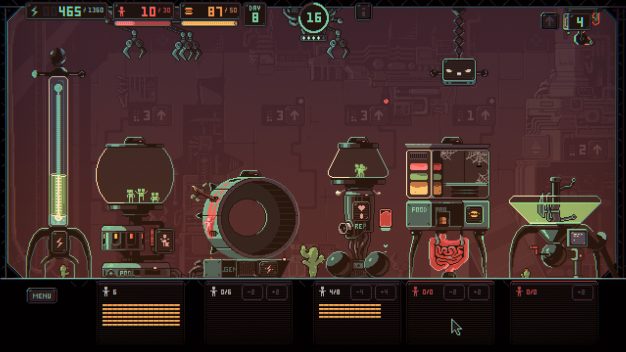 In Despotism 3K, humanity has been enslaved by a despotic A.I. This is obviously somewhat unfortunate if you happen to be human. Thankfully, you won’t have to deal with that problem because you aren’t; you’re the despotic A.I. Taking the role of the malevolent machine you will need to exploit the stupid, puny humans, allowing you to gain energy and expand your empire. You’ll need to be a bit careful though, you don’t want your workforce expiring on account of exhaustion or starvation. Even successfully being the bad guy has to involve some effort. 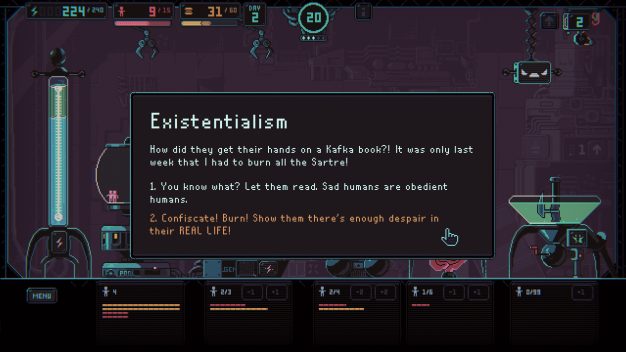 So, put simply, Despotism 3K is a resource management sim. With people being the prime resource. This title is being said to take that well-loved format and blend in roguelike elements. You’ll also be getting a dramatic plot, loads of pop-culture references, and, very importantly, jokes. If you’re going to be utterly sadistic you’ll want to have a laugh while you’re at it to lighten the mood. The fact that Despotism 3K has roguelike elements means that each playthrough will differ on account of randomly generated events. In true roguelike fashion you’ll also be playing with permadeath, so try to stay alive if at all possible. 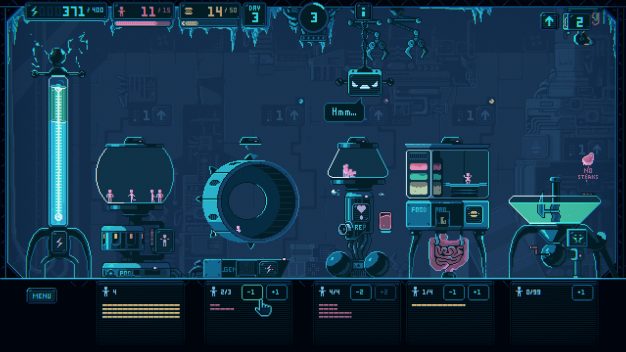 If you are easily offended or just don’t like the idea of being awful then Despotism 3K might not be the best choice for you. Between very dark humor and lots of horrible things happening to pixel figures, this title isn’t pulling any punches. Despotism 3K also contains barely censored sexual scenes, (due to the lack of any visible details,) so that might warrant taking under advisement, too. 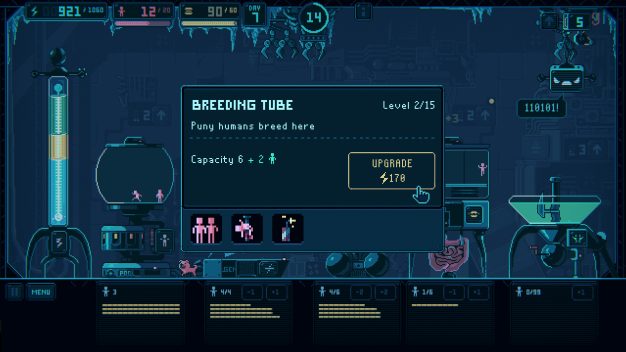 If you don’t have any issue with brutalizing, dissolving, or sacrificing pixel figures to the Old Ones, Despotism 3K might just be the game for you. If you think it is your type of thing; it’s due for release this Saturday, (June 26th.) You’ll need to own a Playstation if you want to get involved and the chosen RRP. for this kill fest is $10.99 or 10.99 Euro if you’re located on this side of the pond.  Despotism 3K is already available for Switch, IOS, and Android; and on Steam if you prefer any of those mediums. If you want to be thoroughly wicked on Playstation, you only have a couple of days to wait!