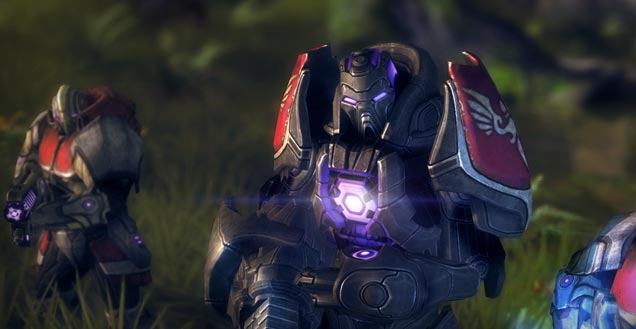 We recently had the chance to make a little Q&A with Black Sea Studios about their upcoming ‘MMO meets RTS’ game WorldShift. Among other things, programmer and story co-writer Mikhail Balabanov told us if there’s going to be a demo, what kind of a system we’re going to need in order to play this game without a hitch, and how he feels about the current state of PC gaming. And we also have a few new, exclusive screenshots for you take a look at. Let’s dive right in..

To start, can you give a little overview of the game and what it’s about to those whose radar it hasn’t hit yet. WorldShift is an innovative RTS game offering some features typically associated with MMORPG games, like collecting and equipping items to improve and specialize the playable factions, fighting bosses, etc. WorldShift features three playable factions in a futuristic cyber-fantasy setting and has player-versus-environment-oriented single player and cooperative multiplayer as well as player versus player modes.

What would you say are the three main things that make WorldShift stand out from the rest? We would say these are the cooperative player versus environment gameplay, the items that let the players modify and specialize their factions, and the original blend of sci-fi and fantasy setting.

You announced about a week ago that you’ve launched a closed beta with 5000 testers on board. How has the reception been so far? The reception has been good so far, and we have received feedback that will help in balancing and polishing the game.

Is there going to be a public beta as well? Yes, an open beta for a maximum of 25 000 players will be launched after the end of the closed beta.

What about a demo? A demo will be released after the release of the game itself. We still have not decided exactly what contents from the game to include.

After making the medieval Knights of Honor, what made you go with a sci-fi/fantasy setting this time? We had worked on Knights of Honor for three years and we wanted to try something else. A medieval game (especially an RTS) is not very challenging in terms of visual conceptualization, and requires more research than creativity. We all share a passion for fantastic worlds and stories and we thought it would be challenging and fun to create one of our own. We very much liked the idea of a fantastic future world combining technology and magic, in which our today’s civilization is only a myth.

All the screenshots we’ve seen so far show a lot of jungle-like locations. Will there be other types of environments as well? Yes, WorldShift features various terrain types representing the Earth’s landscape mutated by the Plague. We have forests, desert-like terrains, rocky areas scorched by lava, etc.

Did you learn anything from developing Knights of Honor that has helped you with WorldShift? The two games have very little in common, in terms of both technology and gameplay, so except some general developer wisdom we couldn’t bring much from the previous project to this one.

Is there anything you’ve been forced to leave out of because of time/budget constraints or some other reason? Something that you really would have loved to see included? Yes, there are such things, as in every more or less ambitious project. For example, we would have been happy to include more cutscenes and speech, or to have more maps for cooperative games.

Is the engine the game is using your own? No, the game is using a significantly modified version of the Gamebryo engine. Licensing an engine allowed us a quicker start in the beginning in the development, and later we introduced modifications to the rendering pipeline, handling of geometry, etc. to tune it to the particular challenges of the game.

There’s no denying that WorldShift looks good but what are gamers looking at when it comes to system requirements? Currently, we have the following minimum system requirements:
– 2 GHz single-core CPU
– 512 MB RAM (1 GB for Windows Vista)
– DirectX 9.0c compatible video card with 128 MB of video memory (Radeon 9600 / GeForce 5800 and above)
– DirectX 9.0c compatible sound card
– Keyboard and mouse
– 3 GB of hard drive space

The recommended system specifications include a 2.4 GHz dual- or quad-core CPU, 1 GB of system memory (2 GB for Windows Vista), and a DirectX 9.0c compatible video card with 256 MB of video memory (Radeon x1600 / GeForce 7600 and above).

Have you thrown around the idea of bringing WorldShift to consoles after the PC version is out the door? What would it take for that to happen? We have considered the idea but we have nothing specific to announce at this moment.

Are you already thinking about what your next game might be? Yes, we are. :-)

A few leading developers have recently voiced their concerns regarding the rough shape PC gaming seems to be in. When it comes to RTS games, more and more of them are being brought to consoles with some, like Halo Wars, even being designed and built from the ground up with only console controls in mind. Are you at all worried that hardcore RTS gamers will start looking towards consoles in the future, or do you think they are already? And what’s your take on the current state of PC gaming in general? In our view, PC gaming is currently suffering from some lack of creativity. Also, the PCs evolve gradually while the consoles develop in leaps – each new console brings sudden significant improvements after a period with almost no changes in the hardware. This can give the impression that the PC scene is developing slower. But nevertheless, we still think that PC is the best platform for hardcore RTS.

Are you ‘afraid’ of StarCraft 2 at all? What kind of effect do you think it will have on the RTS market, if any? No, WorldShift differs significantly from traditional RTS games so we don’t think there is a direct competition.

Finally, WorldShift’s release – any definite idea of when that might happen? WorldShift is scheduled to be released on April 20, 2008.

Anything you’d like to add? We believe in creativity and hope more developers will try to experiment and brave uncharted territories. We think that the concepts behind WorldShift have the potential to spawn an interesting subgenre of the RTS games. 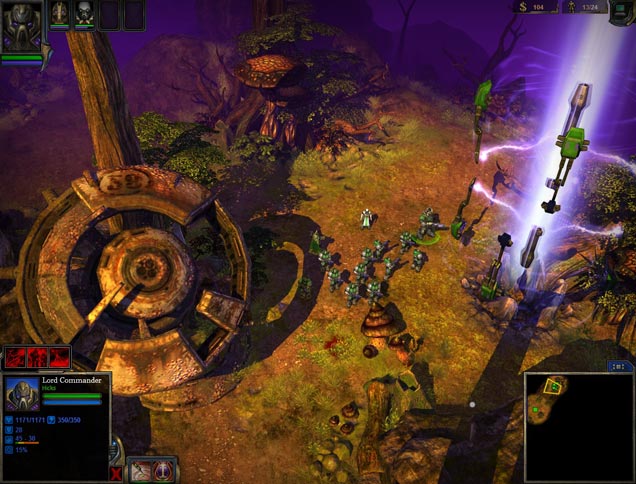