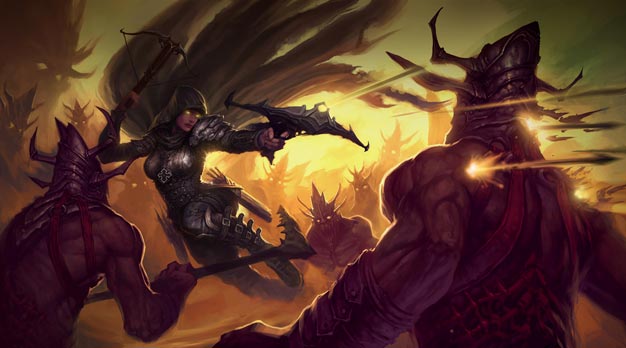 Did anyone even consider Diablo III coming to consoles? It’s not that we didn’t want it to, it’s just that we thought it was a “only in our wildest dreams” situation. VG247 dared to dream however, and asked Blizzard senior designer Jason Bender if there was a chance the franchise would come to PS3/360.

“I think it is suited to consoles,” Bender began. “We’re definitely working, obviously, on the PC version. This is something that’s been brought up a lot about Diablo.”

That’s encouraging news, but don’t expect an announcement anytime soon: “It’s sort of an ongoing question. And I’m sure we would all love to play it on console, but right now, we’re just focused on what we’ve got in front of us. Who knows what the future holds? It’s hard to say.”

We’re still some ways off from the PC version of Diablo III, so we’ll save our speculation until that’s out the door.