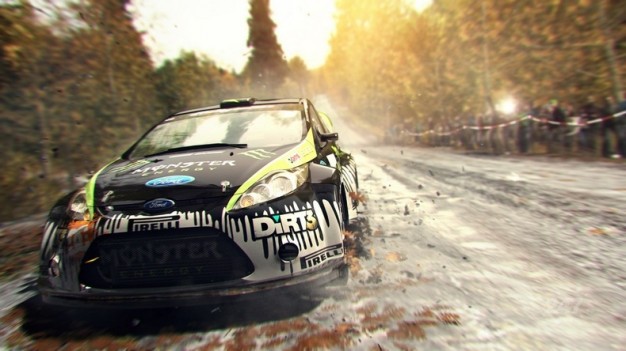 If I had to find a fault in the thoroughly enjoyable and replayable DIRT 2, Codemasters’ last entry in their popular rally-racing-series, it would be that the courses tended to get a little repetitious, though this was thankfully tempered by the constant unlocking of new countries, each with its own tracks and events, during the course of the game’s massive world-spanning career. It was as close to perfection as racing gaming gets. But apparently close isn’t good enough for the keepers of Colin McRae’s racing legacy, as Dirt 3 is gearing up to be more than double the size of Dirt 2.

“Codies reckons this is going to be their biggest racing game yet, and the associated stats are already suitably impressive,” said Xbox World 360, who were treated to a preview of the dramatically expanded rally experience. “There are over 100 routes, compared to Dirt 2 [which had 41], and apparently the game will have the biggest selection of cars of any of the previous games, McRae versions included.”

Too many developers sabotage potentially great games by pushing quantity over quality, but Codemaster’s proven track record with Grid and Dirt means rally racing fans have every reason to expect a game where bigger and better are not mutually exclusive.