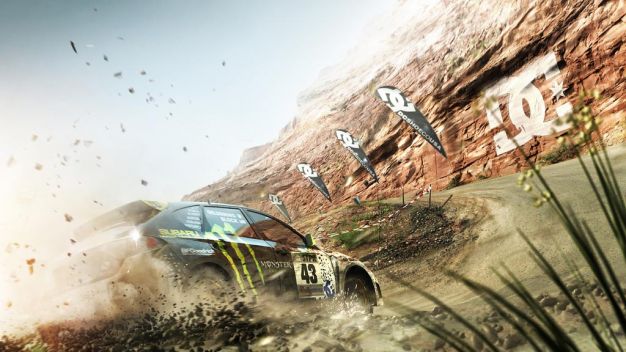 The original Colin McRae: DiRT was an exercise in speed, off-road excitement, crazy in-game car physics, and mud. So naturally Codemasters has announced Colin McRae: Dirt 2 with a promise to do it even bigger than the first the game.

The sequel will still retain the great gameplay that made its predecessor a success, such as multi-car or solo off-road events, as well as new locations that vary from canyons, to jungle trails, and city stadiums. There will be seven vehicle classes, officially licensed cars and off-road vehicles, and lots of mud.

DiRT 2 isn’t going to be a cosmetic update, or a standard rally racing simulation. Codemasters will be throwing gamers a curve by pitting them against mother nature, as well as fine tuning EGO Engine’s award winning racing technology which was used in DiRT. In terms of the games graphics, Codemasters has stated that DiRT 2 will have twice the detail as those seen in Race Driver: GRID.

Colin McRae: DiRT 2 will be released simultaneously on the PS3, Xbox 360, PC, DS, Wii and PSP in 2009. The game will stand as a testament to the legacy of the late Colin McRae who died last September in a helicopter crash.