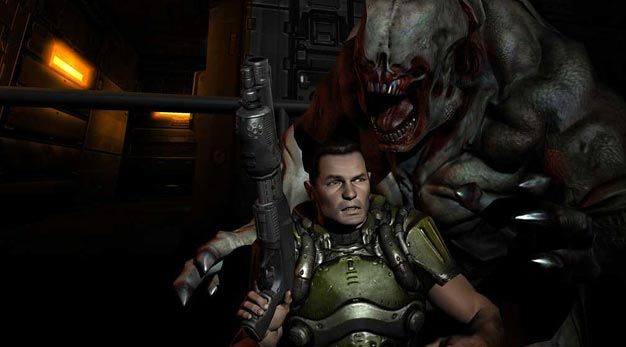 For all of the praise that could be heaped on Doom, one word absent from the list would be “cinematic” (unless we’re talking about the film adaptation, but even then…). The folks at id may be hard at work polishing up the upcoming Rage, their first original IP since 1996, but it’s hard to stop lead programmer John Carmack and the team from thinking about their flagship series and where it’s headed with their announced sequel Doom 4.

Speaking on FPS games in general, Carmack told NowGamer that “you can’t control the cinematic experiences as well [in first-person], but you do get that level of intensity, and that level of shock and surprise where it’s not you watching the guy on the screen, it’s projecting you into the game.”

Carmack says Rage is “very much the classic exciting, immersive, intensive experience” but that Doom 4 “is more of a cinematic experience”. Considering the series has another film based on it coming out, maybe there really is a truly cinematic experience buried somewhere under space marines killing demons with big effin’ guns.