Happy New Year everybody! Whether you celebrate ringing in 2017 by groggily walking through a full week with a hangover, tackling your list of New Year’s resolutions, or just going about business as usual, Arc System Works is taking this time to celebrate the 30th anniversary of an arcade classic with the return of Billy and Jimmy Lee in Double Dragon IV.

Arc System Works employs the help of key team members of the original 1987 game, such as the original planner, designer, and composer to help give Double Dragon IV that complete retro vibe. This new entry is a direct sequel and plays very similarly to Double Dragon III. If you aren’t familiar with the extensive Double Dragon lore, just know that Billy and Jimmy Lee kung-fu fight their way through the bad guys and now they are headed to Japan for more fightin’ in the streets. 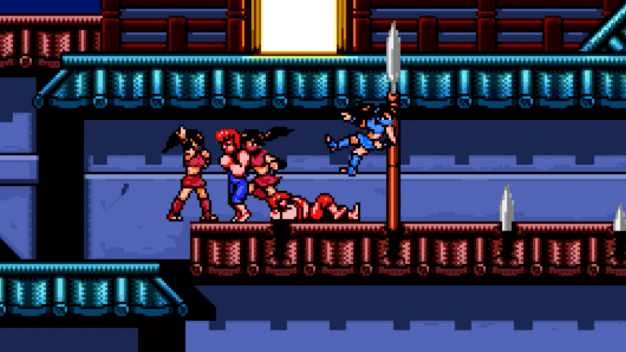 Double Dragon IV is making its way to the Playstation 4 and Steam on January 30th and 31st respectively. The price is currently listed at 800JPY, while the USD price is yet to be determined. If I had to hazard a guess with exchange rates, it would shake out to Double Dragon IV being sold at $7.99 USD.