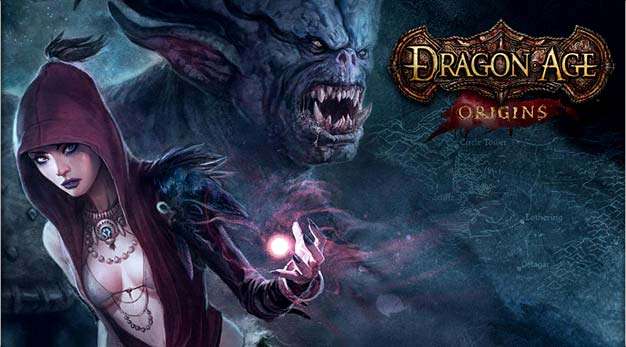 About time we heard something about this game. Until today, it’s been Star Wars MMO this and Star Wars MMO that when it comes to BioWare. I was beginning to think this game was a toss off fantasy RPG just to appeal to that crowd while they worked on the thing they really cared about. In case you didn’t know, this one does have a few tricks up its sleeve. It’s offering the player six different story arcs, or origins (like in the title!), and each one will offer its own intriguing story and hours of gameplay. Depending who you choose will reveal a different perception of the world as well as differently experiencing how others perceive or treat you. If all goes well, this game could show a really interesting means of storytelling not seen in a game before. Did I mention the story can be affected by your actions too? I am hopeful for awesome. All that said, today they revealed what those origins will be, and you can find them as described in the announcements by reading on.

Dalish Elf
As one of the last “true elves”, you were content to spend your life wandering with your clan…until a chance encounter with a relic of your people’s past threatens to tear you away from everything you’ve known.

City Elf
You have always lived under the heavy thumb of your human overlords, but when a local lord claiming his “privilege” with the bride shatters your wedding day, the simmering racial tensions explode in a rain of vengeance.

Dwarf Commoner
Born casteless in a land where rank is everything, bound as the lackey and thug of a local crime lord, you have spent your life invisible…until chance thrusts you into the spotlight, where you can finally prove whether you will be defined by your actions or your birth.

Dwarf Noble
The favored child of the dwarven king, you proudly take up your first military command…only to learn that the deadly intrigues of dwarven politics pose an even greater danger than that faced on the battlefield.

Mage
Gifted with a power considered a dangerous curse by most, you have spent most of your life secluded in the remote tower of the Circle of Magi to be trained and watched closely by the dreaded templars. Now your final test is upon you — succeed and prove your strength, fail and you will perish.

Human Noble
Born to wealth and power second only to royalty, you find your training in both diplomacy and war put to the test when your father’s castle is betrayed from within on the very night your elder brother is to lead the family’s forces to war.