Inspired by beloved games such as Twisted Metal, Mario Kart, and Rocket League, Drive Buy pits players against each other in vehicular-based combat in arena-style maps. Revealed as part of the Sports and Racing trailer for the Steam Games Festival, the game features fast-paced 4-player head-to-head online battles offering high-speed combat with a variety of crazy powerups and 6 larger than life playable characters, each with their own stats that affect gameplay. Players can also find and unlock an abundance of cosmetic items for every character, with plans to continue expanding the game via seasonal updates. 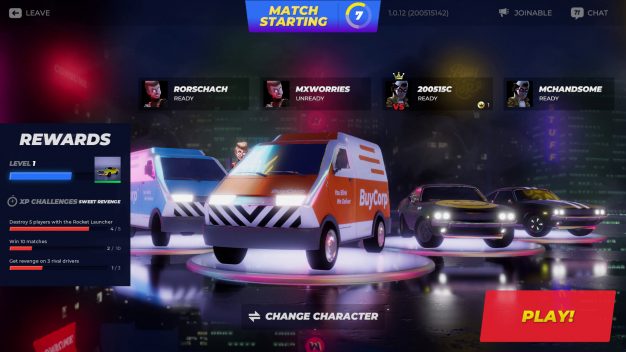 Drive Buy boasts three distinct game-modes for players to test their skills against opponents online. ‘Delivery Battle’ tasks players with completing the most deliveries in a time limit all the while shaking down opposing players who are also trying to complete as many deliveries as possible too. ‘Pay Day’ sees players vying to hang on to as many coins as possible whilst trying to dodge power-ups all over the map. The final game mode, ‘Piggy Bank’, pits players against each other in a manic game of tag where players earn coins for holding a pig which can be stolen by opposing players. 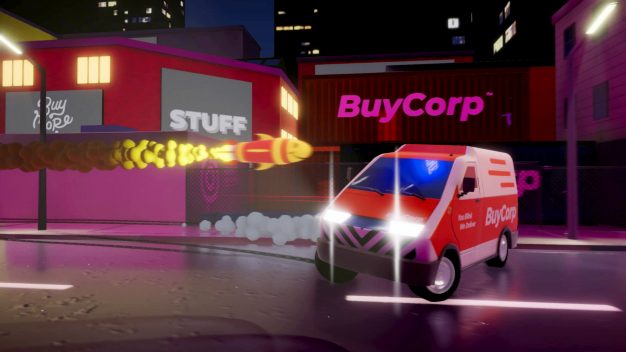 Drive Buy launches on Nintendo Switch and PC, via Steam, on 12th March 2021. PC players can try the game out now with the demo over on Steam. To learn more about Drive Buy as well as some of Glitchers’ other games, including BAFTA-nominated Sea Hero Quest VR, head over to their website.