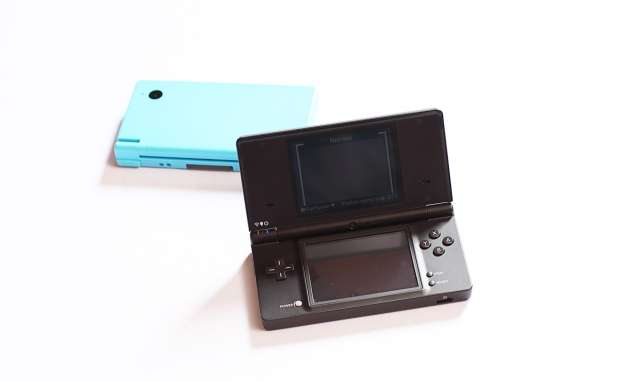 If there is one thing the US market seems to have a non-stop craving for it’s systems that Nintendo puts out. Both the DS and the Wii are still selling immensely well. So how do we all think the new DSi will fair when it hits store shelves on April. 5. Will two cameras for snapping pictures and playing games, a downloadable games service and the ability to not only listen to but record and mess with music have people once again running out for a new Nintendo console? Well considering we went from “probably not going to get it” to “do want” in the matter of reading the damn press release we’re thinking that it might sell well.

The DSi will launch in black and blue, though sadly not the sexy blue stylings of the DS Lite. The price for the system jumps up a bit too, with the portable selling at $169.99. That puts it at the same price as the PSP at the moment and considering the economic times we’re in it will be interesting to see if the higher price tag scares consumers off from the product as it has with the likes of the PS3.

Also dropped in the press release is the fact that the massively successful Rhythm Heaven will be coming into the US on April 5 along with the DS. The rhythm game has original catchy titles from a Japanese pop superstar and has pretty much re-addicted most of Japan to their DSs. Good news for all.