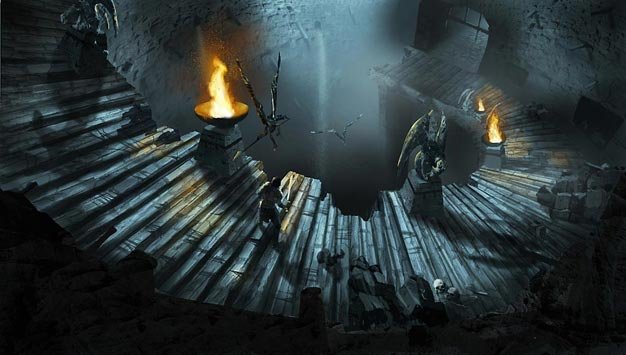 Square Enix and Obsidian have teamed up to bring the Dungeon Siege franchise to the consoles; announced today is Dungeon Siege 3, an action-RPG for the PC as well as Xbox 360 and PlayStation 3.

“Torn asunder, the delicate balance of power between the kingdom of Ehb’s powerful factions has fallen apart. As one of the few remaining members of the disgraced protectors of the land, the 10th Legion, it is up to you to rebuild the once great Legion and stop Ehb from falling into darkness,” the announcement presser tells us of the story “that only Square Enix and Obsidian Entertainment can deliver”.

“Joined by a group of unique companions, you will travel through the striking land of Ehb defeating all manner of villains and beasts through a combination of heroic abilities, screen shaking magic and fearsome weapons.”

Among those companions can be a familiar face as the game will feature a “co-op multiplayer” mode, allowing players to tackle the story mode alongside a friend.

Beyond that, very RPGish things like a deep story, choices that matter and character/ability customization are promised, and that original developer Gas Powered Games hasn’t completely stepped aside; founder Chris Taylor has signed on as an advisor.