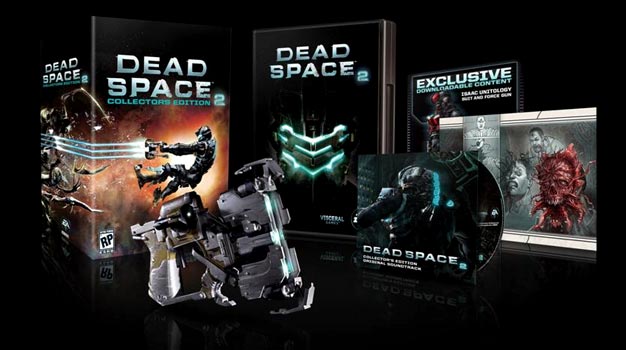 Update: Going by EA’s site, the plasma cutter is included in PC and Xbox 360 versions only.
Update 2: The plasma cutter will be missing from the EU PS3 CE only, EA’s clarified. The NA PS3 version will have it included.

Diving into what it contains: Dead Space Extraction (PS3 only), a downloadable Unitology suit and Force gun, soundtrack (plus a ‘scoring of’ featurette), concept art lithograph, and of course the game itself. Oh, and then there’s the replica plasma cutter, functional LED lights and all, for chopping off the limbs of our imaginary enemies.

The CE will be available for all PC, Xbox 360 and PS3 versions, with pre-orders starting… today.