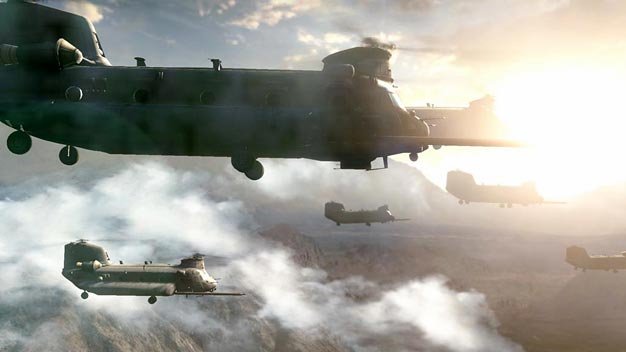 While considered to be a successful rebirth of the franchise, last month’s Medal of Honor could have been a better offering from EA; the publisher’s own words, not ours.

Talking in a recent interview, Patrick Söderlund, the man in charge of the publisher’s driving and shooting games, admitted that the game “didn’t meet our quality expectations.”

“I’m not going to comment on the sales because EA has an earnings report going out and we will unveil sales in that meeting [2+ million]. What I can say is the game didn’t meet our quality expectations,” Söderlund has told Eurogamer. “In order to be successful in that space, we’re going to have to have a game that is really, really strong.”

The exec believes the game is “to some extent judged harsher than it should be,” saying: “The game is better than today’s reviews are indicating.”

The Danger Close/DICE shooter currently holds a 75/100 average on Metacritic.

“We’re looking at that clearly. We’re taking that seriously. I’m not at all saying Medal of Honor is a failure. It is a successful reboot of that franchise. We’re going to be strong in the future.”

MOH‘s single-player studio Danger Close is “absolutely working on something,” Söderlund added when quizzed, but wouldn’t reveal what it is.