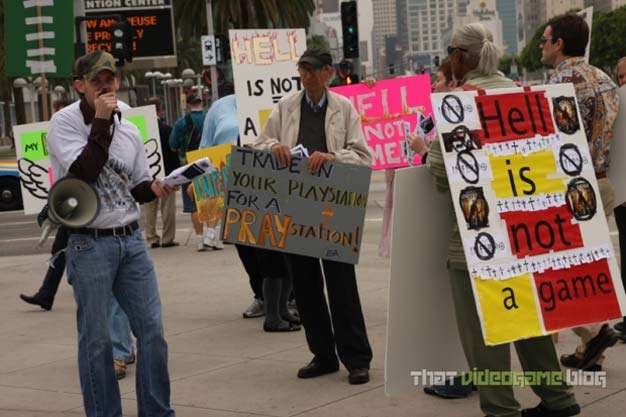 Update: We just talked with a EA rep who said he had no clue about it, but we find that hard to believe since WeAreSavedGroup.org just went up yesterday, which, as everyone knows, just happened to be the first day of E3. What a coincidence!

Original: Today a group of protesters gathered outside of E3 to protest Dante’s Inferno. They had signs saying things like “EA = Electronic Anti-Christ.” The shouted a bit and had plenty of reporters come to do interviews with them. Maybe you’ve seen some on the web. However, after some discussion and a brief look at the flyer they were handing out TVGB has concluded that this is an amazing PR stunt.

The flyer is bad, which you can see below. In fact it’s too bad. Give it a read over. Notice the stolen Getty image and the UNBAPTIZED BABIES!!. It’s a little too ridiculous, right? Well head over to their site, WeAreSavedGroup.org. No way this is real, it’s all too perfectly bad. Look at the video! Plus, the box art hasn’t been released yet and it appears on the back of the flyer. So it’s a big, wonderful PR stunt that deserves a massive round of applause as I’m sure tons of interviews and stories about a protest are flying up around the web. Slow clap for EA people, slow clap.

Also, box art confirmed on the back page there? 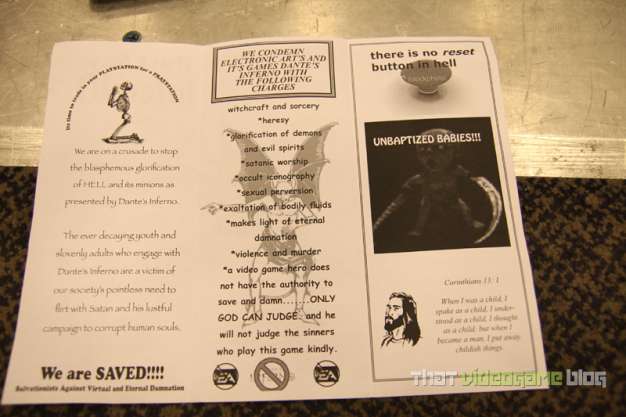 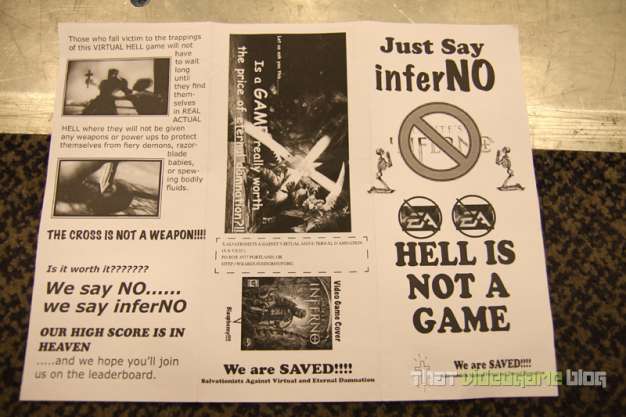