It’s a question that’s plagued me, and I’m sure other gamers, for years now; have videogames become too easy? If I reach back into my childhood memories, I recall spending months trying to beat various Mega Man games. Though it’s been almost twenty years, the frustration still feels fresh; those spike pits and perfectly timed jumps sent me into a mindset usually reserved for psychotics. But when I think about playing Uncharted 2 not too long ago, I dredge up a different type of frustration, one borne of the desire for an actual challenge. I died maybe twice during the course of the game, and when that occurred, there were no actual consequences; I was just dropped back in right where I left off. I’m not saying it was a bad game. There was just no real difficulty. And I believe there’s an obvious reason for this; marketing.

I believe that the advent of the blockbuster game is the reason that it seems most videogames have become too easy. In general, your major titles, like Uncharted, Gears of War, later Final Fantasies, Batman, Assassin’s Creed, God of War, etc., are fairly easy for most, at least in their story mode (with the obvious exception of God of War’s God Mode). The reasoning behind this is clear: the easier the game, the more people they can get to buy it. I hate using this term, but casual gamers usually aren’t looking for a challenge. This business model has proven quite profitable for the publishers of these titles, and we’ve gotten some amazing games out of it. But can you use this as proof that games are now easier? I don’t think so. I think if anything, games have gotten harder over the years.

I’ll deal with the obvious games first: Demon’s/Dark Souls. Apart from being two of my favorite games of this console generation, they were also the hardest games I have ever played. Everything was designed to make you die, and it was beautifully engineered. There is no safe way to play these games; you will die, a lot, and I can guarantee that most of you enjoyed, or will enjoy, every second of it. That perfect frustration crops up and hardens your determination, making you an even more dangerous player, and just when you are thinking about throwing the controller into the television and screaming at the heavens, you succeed, and it’s made even sweeter by the difficult road. It’s like a budding romance; it’s always better when the other half plays hard to get. While being nearly impossible to the unprepared gamer, for those looking for aneurysm-inducing difficulty, Demon’s/Dark Souls is perfect.

Strategy games still prove to be insanely difficult for the uninitiated, of which I am one. As embarrassed as I am to say it, I’ve never even beaten a Disgaea title; I always get hung up right near the end, and don’t have the time or the energy to grind levels, so they just sit on my shelf, unfinished. However, I still love them, and appreciate the fact that the game beat me. And this goes for many other strategy titles: Toy Soldiers, Civilization, Command & Conquer; they all beat me. I’m just not a tactician, I guess. Alexander the Great would hate me. 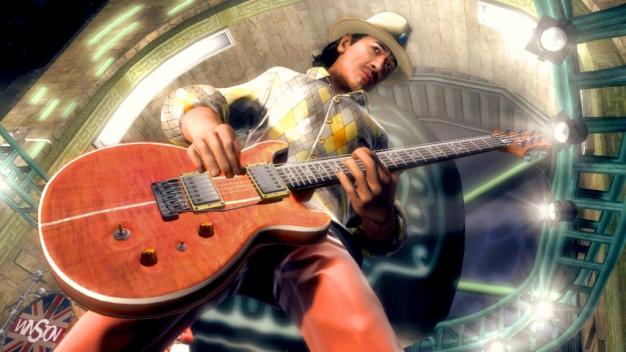 And then there are the rhythm games: Guitar Hero, Rock Band, DDR, DJ Hero. These videogames are easy when it comes to the basics; beyond that, it’s insane. I’m sure most of us remember the first time we saw a particularly rough Guitar Hero song played on expert; it looked impossible. I’ve played Guitar Hero since the release of the first installment, and altogether, I’ve probably logged twenty times more gameplay than any other game I’ve ever played. It took me until the third installment to play on expert, and not well. After seven years of playing a fake guitar, I can play Dragonforce on expert fairly well, but there’s still room for improvement. While I feel that this time could’ve been better spent learning the real guitar, it is still an awful lot of dedication. In my opinion, rhythm games are probably the hardest of all to master.

The advent of online gaming has brought a new level of difficulty to the videogame world. While I am not an online gamer, I think that this arena has become one of the hardest. There are people who spend every waking moment playing various online shooters, and they are not going to pull any punches for any reason whatsoever. I’m not sure if online games should be included in this debate, though; the difficulty is purely dependent upon other players, not how they were designed; it’s really out of the developer’s hands how hard or easy it is. But anyone who’s come across those guys who just hang out in a cozy little hidey-hole, popping off perfect head shots with their sniper rifle know just how hard it can be.

The achievement/trophy system has also brought something special to videogames. If you pick up a game and blow through it in a week with little to no difficulty, you now have the option to take on the often ominous task of completing the achievements. A perfect example of this is in one of my favorite games of all time, Metal Gear Solid 3: Snake Eater. I picked up the HD compilation upon release, and found a beautiful list of insanely difficult tasks: Make a no-kill run? I can do that. A no-alert run? Ummm…maybe.  Hold up the End three times? Not a chance. And these are in all modern games. Of course, some are more fun than others, but most games have at least a few really difficult ones.

The point I’m trying to make is that the difficulty is still there, it’s just not quite as prominent as it used to be. If you want a challenge, there are plenty to be found, even in the big AAA titles. You just have to look a little harder. But I think videogames will get harder as time goes on, and with the surprising popularity of games like Demon’s Souls, I think there will be even more games that are hard for the sole purpose of being hard. And I can’t say I’m sad about that. But I am going to buy some extra controllers.

About the author: Lawson Douvier