Earlier this month Tom argued that the Wii U could be Nintendo’s return to form. Olly clearly didn’t agree, which is why he’s here to fight his corner for the concerns of the Big N’s next project.

It seems churlish to be doubtful of Nintendo at this point in time. It was announced earlier this week that the 3DS has recently passed the 5 million sales barrier in Japan faster than any previous machine. Meanwhile its Wii has been a force of nature sales wise, selling, as of the end of 2011, a truly staggering 94.7 million, thus leaving their industry rivals Microsoft and Sony in their wake.

It seems doubly churlish to be critical when I should be delighted that Nintendo has won this generation’s console war. I have history for supporting the little guy, you see. After all, I was one of the 16 people in the U.K. that decided to buy a Sega Saturn. Despite all information telling me that I really should invest in a Sony PlayStation as opposed to Sega’s ill-conceived and underpowered breeze block, I refused to admit that a company without a console track record could take on and beat a firm with Sega’s gaming heritage. So desperate was I for both Sega to succeed and Sony to fail, in a particularly shameful episode I even attempted to convince myself that the execrable Sonic R was actually better than Wipeout. It was without doubt the closest I have come to being a fully-fledged, card carrying fanboy.

Since buying the Saturn I have owned a Sega Dreamcast (more on that later), a Nintendo Gamecube, Nintendo DS, Nintendo Wii and Xbox 360. Wherever possible I have tried to support the ‘little guy’ – well, as little as you can truly consider yourself when you are dealing with multi-billion dollar companies – over those that have come to the gaming party late. It seemed like Nintendo (and Sega) had soul, something indescribable and beyond Sony and Microsoft’s reach.

It wasn’t merely fanboy-ism either. Nintendo has without questions released some of history’s most innovative video games. I also admired some of their hardware decisions. At times they have accepted that rivals are likely to possess sheer grunt that they are unable to match, so instead have focussed on price point (Gamecube), innovation (3DS) or accessibility (Wii). It’s a clever strategy for a company like Nintendo, and one that has repeatedly bore fruit commercially. It does, however, only tell half the story.

Nintendo has also made some baffling, costly and occasionally insulting decisions in recent times. Take the Wii. A phenomenon in terms of sales and connecting with those not traditionally interested in video games it may be, but it doesn’t stop the machine being largely a pile of crud (in my opinion, I stress). Though Nintendo deliberately avoided a hardware arms race with Sony and Microsoft, preferring instead to keep costs down in an attempt to woo parents and indeed grandparents, the Wii’s lack of power is at times hugely frustrating. Programmer and industry commentator Chris Hecker infamously described the console as “two Gamecubes duct-taped together”. Hecker was wrong. Judging by the conversion of Resident Evil 4, the Wii is actually a solitary Gamecube smashed in half with a fat bloke sitting on it to prevent the parts joining forces to produce a credible graphics engine. To compound the lack of power, the Wii is unable to output proper high definition graphics.

Perhaps most disappointingly, and most ominously for the Wii U, the machine couldn’t actually do what its early announcements had promised it could do. After the initial novelty of holding the controller behind your back like a baseball bat had subsided, it became evident that the Wiimote was neither accurate or responsive enough to be a true asset to gaming. It was accurate and responsive enough to thrill an old people’s home, not enough to, for example, revolutionise the fighting or FPS genre. Software has proven to be a huge disappointment on the Wii. Though there have been some brilliant edition’s to Nintendo’s first party canon (Mario Galaxy etc), it is noticeable that few of them have truly used the control system as a central, indispensable part of the game. Indeed, the best players of the Wii’s Mario Kart incarnation were those that ditched the motion controls entirely in favour of using either the Wiimote as a traditional pad, or a Gamecube pad.

Shorn of its unique selling point, gamers were left with an outdated (though fun, admittedly) product that was nowhere near as powerful as its rivals. Nintendo tacitly admitted to their own system’s weakness with the 2010 release of the more sensitive WiiMotionPlus add-on. Essentially this enabled the Wii, four years on, to do what everybody had assumed it would be able to do at launch. By this point, however, swathes of traditional gamers had either sold their Wii, or relegated it to the back of the cupboard along with the toasted sandwich maker they were given by an elderly relative. Similarly, Nintendo have recently had to release the Circle Pad Pro for the 3DS, an accessory which essentially makes the handheld more comfortable, particularly for traditionally duel stick games. Why was this not thought of prior to launch? 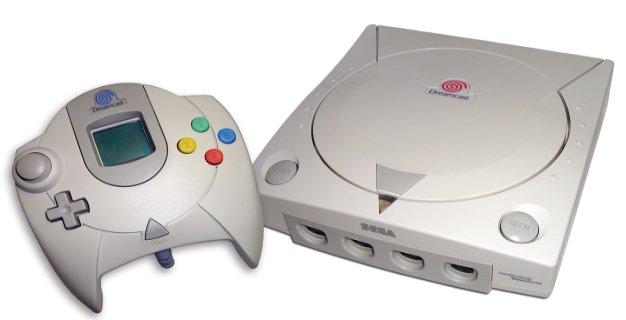 So their last two consoles, while rampant successes commercially, required add-ons to be released in order for them to be able to do things that they should have been able to do from launch. The portents for the Wii U are therefore not, in my opinion, at all positive. The interaction between controller and television appears to be innovative, but are Nintendo really the firm best placed to take advantage? For the first time I trust Microsoft and Sony to use similar technology and to make a more satisfying gaming experience.

If gaming is, as it appears, on the path towards being part of a synced network of devices in the home, I just do not see how Nintendo is going to be the ones to pull it off. Sega showed with the Dreamcast and its primitive online gaming and Visual Memory Unit peripheral that a firm can innovate as much as it likes, but if the technology is in a nascent stage and the public aren’t ready for it, it won’t sell. And the technology that the Wii U utilises is undoubtedly at just such a stage. Is it such a leap to suggest that Apple, for example, won’t begin to explore the possibility of utilising the iPad (with its high definition screen and slick interface) as a controller for home gaming?

Coupled with its supposed lack of power (apparently just twice the power of the 360) and the danger that the casual gamers that drove the Wii’s success story simply won’t bother buying another console, I see the Wii U facing an uncertain future. The largely unimpressive tech demos suggest to me that Nintendo have trapped themselves in a cycle of having to be seen to innovate. History suggests that far from being the firm to have total unwavering trust in, the Wii U is likely to be beset with teething troubles galore. The coming console generation will be defined, I believe, by ease of use, interactivity, integration and sheer grunt. I believe that Microsoft and Sony will produce machines that can do everything that Nintendo’s can do, but better, more reliably (though given that I am on my third 360 I trust that Microsoft will forgive me holding off from buying their next machine on launch day), and with far more games worth playing.

For the first time, Nintendo’s total focus on the games industry, as opposed to Microsoft and Sony’s experience in other fields, is likely to be a hindrance rather than a reason to believe in the firm. If Nintendo doesn’t learn from the mistakes that, in spite of the sales figures, they have consistently and undoubtedly made in their recent past, the Wii U stands to lose both casual and hardcore gamers alike..