There’s nothing better than manic, multiplayer fun. When you’re in the mood to sit down with a bunch of your mates and just do something a bit silly this is a brilliant way to go. If slightly zany antics are your thing then you might well want to get your mitts on Embr, a title bound for full release on PC and console toward the end of next month.

Fighting fires would be classed as a very serious, immensely important career in the real world, and rightly so. In Embr, however, we’re going to be doing it for fun. Not only are you and your buddies being invited to fight some seriously ferocious fires, but you’ll also be rescuing residents from said blazes. Rescue might be a slightly tentative word when it comes to launching someone from a second-story window but they’re out of the way of the flames; so we’re good, right? 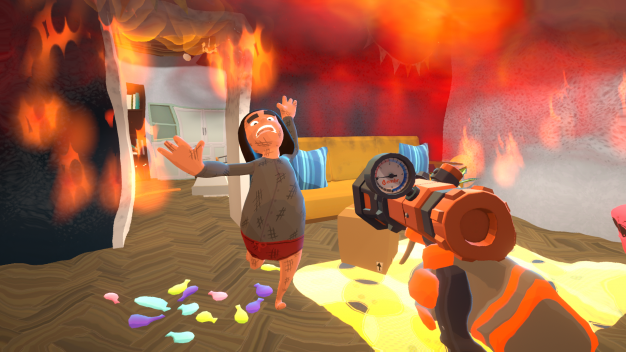 You can experience the mayhem of Embr solo or with a bunch of your friends. In the multiplayer mode, you’ll assemble into teams and fight fire after fire to pick up tips from clients and grab the ever-so-crucial five-star rating that will earn you cash and enable to you upgrade your tools and finally become the ultimate “have-a-go-hero,” firefighter. 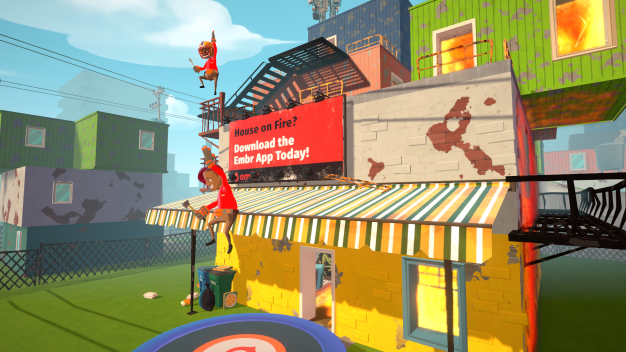 Embr‘s full release will bring two new expansive districts for players to explore. These in turn will house twelve brand new hand-crafted levels. In addition to this, you’ll be getting five new game modes, allowing you to earn some extra money your way. Daily and weekly missions are also being added to help instill that all-important replayability factor into what already looks like a game that will see you asking for more.

On top of the new game-centric additions to Embr, you’re also getting a UI overhaul, new difficulty settings, and level-mutators to keep things fresh. Finally, you can expect cross-platform play. If you’re looking for new friends to battle blazes with you shouldn’t have any issues finding them here. 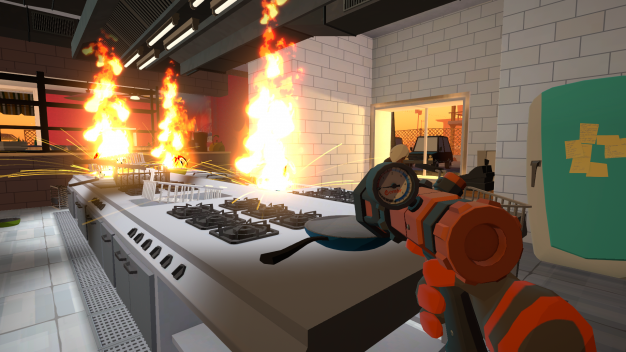 “If anyone is expecting Embr to be a realistic depiction of an average day in the life of a firefighter, then they’re in for a big surprise,” Says Howard Tsao, Team Lead at Muse games. “Embr is the ultimate have-a-go-hero adventure, where everyone from the paperboy to the Gran who lives at the end of your street could fill their day by coming to save you from a blaze in your house – even if that means throwing you out the window in the process. In Embr, the ends justify the utterly manic means.“ 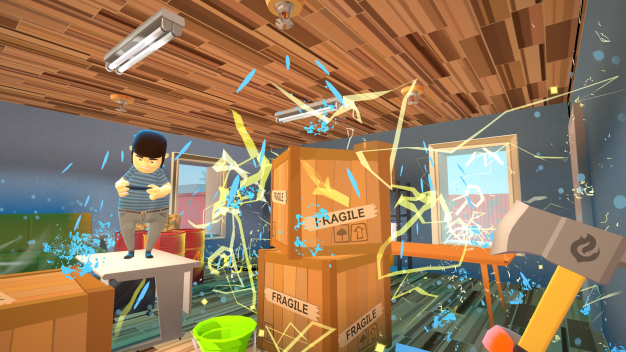 This interesting submission from the folk at Muse will be appearing on PC, Xbox, PS4, and Switch on September 23rd. It’s been noted that although Embr was designed for PS4 and Xbox One it will also run perfectly on PS5 and Xbox S/X, so no worries there. Those of you that really like something to hold in your sweaty palms won’t be disappointed either. After Embr‘s digital release it’s getting a physical one on Playstation and Switch the following day. You really don’t have much of an excuse if battling virtual fires from the comfort of your armchair just happen to be your thing.