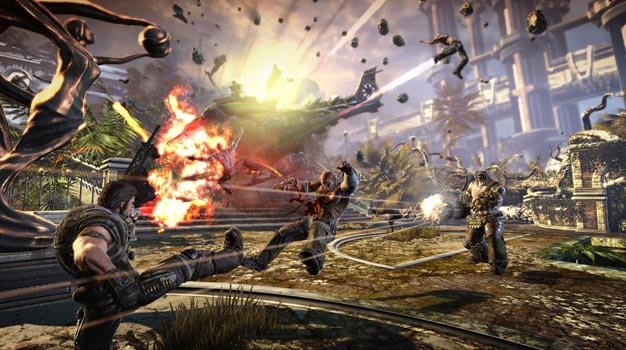 Until now, Epic Games hasn’t commented on Fox News’ now notorious report in which psychologist Carole Lieberman basically, and baselessly, laid the blame for “the increase in rapes” at the giant black-booted feet of videogames like Bulletstorm. But with the title looking to be a success, company president Mike Capps seems ready to address the “games cause rape” controversy, albeit guardedly.

“For what it did for Bulletstorm … yes, there were people who were very excited about any attention at all. For a game that’s over-the-top, they probably helped sell more units than they convinced people to pick at us. What was most exciting about it for me [was the reaction from the media in the industry defending us]. Every journalist said this Fox report is junk … It’s wonderful to see a media that’s defending free speech.”

“As for what it does for the industry as a whole I think it’s terrible. There are people who really respect Fox News’ opinions and look at that and are [convinced that video games are bad].”

The people who “really respect Fox News’ opinions” have never and will never play a videogame. Not that they wouldn’t enjoy them, I just don’t think they’d make it past banging the controller against the walls of their caves. At the risk of politically outing myself, I can assure you that any republicans with more than two brain cells to rub together know Fox News is the one-stop shop for controversy-courting bull, but power to them for giving Bulletstorm some free publicity. Here’s hoping their muck-raking helps it break a million.