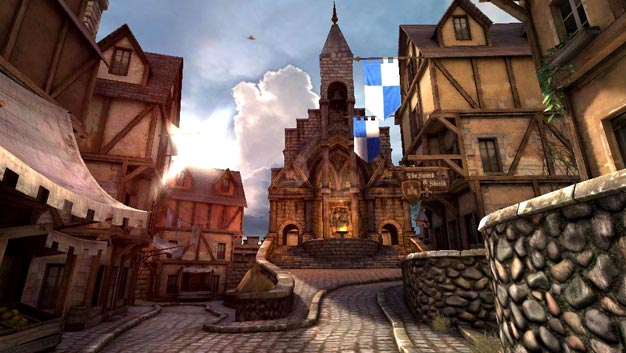 Epic Citadel, the Unreal Engine 3 tech demo that developer Epic Games released on the App Store earlier in the month, has been downloaded over one million times, the studio’s announced at the Korea Games Conference.

The demo is a free download and was made available to demonstrate the kind of visuals UE3 can deliver on Apple’s platforms. It also acts as a first look at Project Sword (working title), an action RPG from Chair Entertainment of Shadow Complex fame. The full product is expected to be released later in the year.

Epic’s committed to bringing their tech to Android devices as well.

The company’s executives also revealed at the event that the Unreal Development Kit has seen over 350,000 unique installs and that it’ll be arriving on iOS devices soon as well, allowing anyone to fiddle around with the engine’s development tools. No dates on that just yet though.