You may or may not have heard about a game that became rather popular after it was released back in 2014. The Escapists did very well for itself, in fact it did so well that Team 17 and Mouldy Toof have announced that its sequel has been released for Steam, Xbox One, and PS4.

The Escapists 2 is the successor to the award winning sandbox prison-escape game. Escaping will, of course, be something much easier said than done. You’ll have to work around a strict prison schedule if you want to avoid the unwanted attention of the guards. This time you’ll find yourself crafting weapons and tools found, or of course, stolen from within the prison. You’ll need to watch yourself though, a cell shakedown could easily mean the undoing of all your hard work. 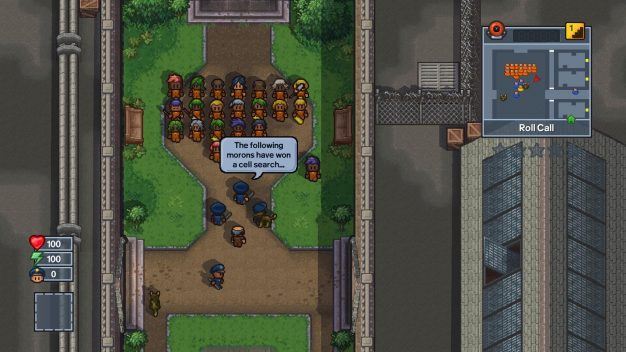 The game has many new features for Escapists fans to explore and enjoy. Among these are a series of new items to craft, including a taser, an item that is a must for those times when you absolutely have to make a guard unconscious. A new combat system has also been implemented featuring new lock-on targeting and the ability to make light and heavy attacks. In addition to this the game is offering a more rounded experience by giving you new ways to make your prison life less miserable. You can join a band, learn to paint, and much more. 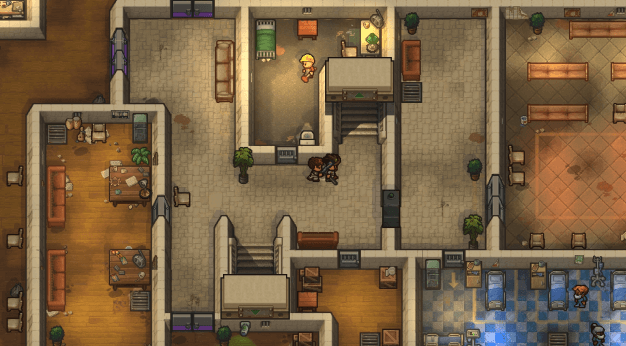 On a more technical note, the game is offering drop in/drop out play and will support both split-screen and online multiplayer for up to four people. The Escapists 2 offers co-operative and versus play so if that’s your thing there will be plenty to do with your mates. 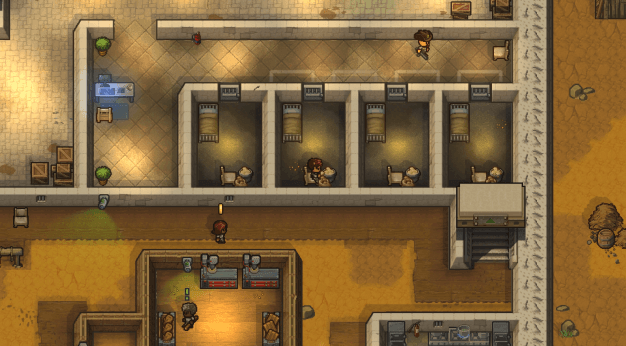 Fans of the first game in the series will probably be very pleased to see that their experience has been given a spit and polish and made bigger and better to boot. New comers to this franchise will be able to look on what is already a rather acclaimed series with fresh eyes and hopefully get a lot of enjoyment out of something that has been enhanced for them. Either way if you’ve got the itch for a bout of breaking out The Escapists 2 will be in stores for your relevant device now.