For gamers who want to showcase their phenomenal skills—or clueless newbies who can’t figure out the basic controls—there’s a multitude of sites offering instant, free, and high-quality video streaming and screen capture that let them share their wins and fails with other people in real-time. Here are 11 live streaming sites for videogames and eSports competitions.

I’ve chosen to stick to online live streaming services that target English speakers when making this list. There are many other excellent sites that could have been mentioned, including Gaming Live, which targets French-speaking players and Showroom, which is hugely popular among Japanese users.

Azubu recently launched its 3.0 version in public beta, features a fresh design, upgraded video player, and a sleeker, more intuitive interface to support better its gamer community. This video streaming service has an open platform that can be individually customized by its users, making it easier for them to get their live feeds online. 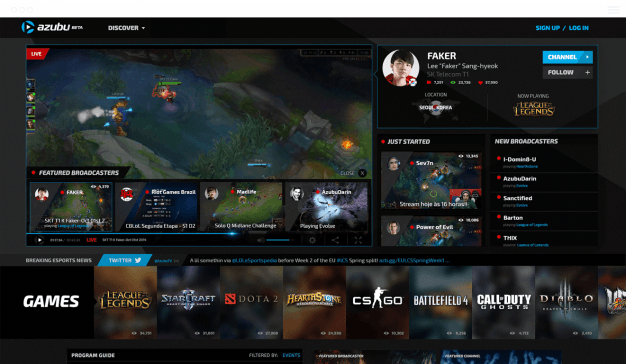 Dailymotion Games is the part of the Dailymotion video empire dedicated exclusively to gamers. The site started as an off-shoot of the original portal and quickly expanded into a leading name that manages to attract both casual players and e-sports champions in its fold.

A popular alternative for Twitch, this site brings together streamers, broadcast partners and event organizers, and helps them reach a large audience. The site integrates tightly with your web browser, providing a streaming experience that tends to be faster and cleaner compared to its competitors.

InstaGib lets you watch live streaming video online and it is designed mainly for gamers. The site is pretty basic as far as layouts go and is buggy at times, but the service is free and you can quickly set up your own channel and start casting.

Mirrativ’s scope is much broader than just making videogame streaming possible. This Android app (the iOS version is still in development) lets you broadcast your smartphone screen and allow people to take a peek at what you’re seeing on your phone or table. This app is especially useful for showing off your skills at mobile gaming apps, which otherwise you wouldn’t be able to via traditional live streaming methods.

To be clear, Origin does not offer its own video streaming service but it lets users hook up their Twitch account to their profile and use it to broadcast their gaming sessions while playing on the site. You can start broadcasting at any time while playing by hitting the Shift+F1 and then clicking on the video camera icon to switch on the live video feed. 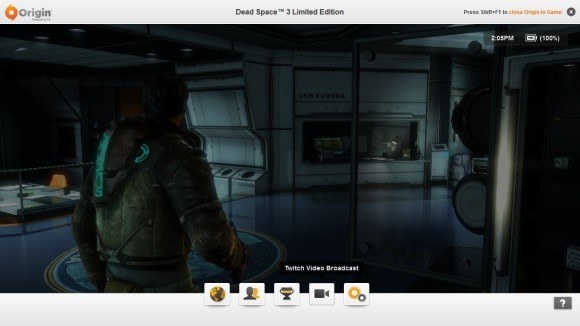 Currently in beta, Steam Broadcasting lets friends watch each other play. If someone is playing a game that piques your interest, just click the “Watch Game” button to open a new window with the live feed, grab some snacks, then sit back and enjoy the broadcast. You can even help them out when they’re stuck on a difficult level by using live chat feature.

Twitch is arguably the most popular streaming site for gamers. Owned by Amazon, it makes it easier for players around the world to share their achievements and communicate with each other while playing. Twitch is used in many e-sports tournaments and the platform is steadily shifting towards supporting larger streamers and events at the expense of smaller players.

Ustream is a different beast since it’s an online video streaming and hosting platform for enterprises that can handle more bandwidth than most live streaming sites geared exclusively towards gamers. It is the same technology that powers Sony PS4’s video sharing feature.

The great thing about Veetle is that it lets you upload a wide range of video formats, so the app can be used by most mobile devices. Unfortunately, gamers will have to scroll and search their way through an avalanche of personal videos featuring angsty teens staring moodily at the screen or talking about themselves.

YouTube rolled out its very own video streaming service that allows users to connect, chat and share their gameplay experiences. You can view player states, new game trailers, speedruns, and more from your favorite gamers or publishers. Admittedly, the service didn’t take off as well as planned, but its a solid platform with a dedicated mobile app that gives you access to thousands of hours of gaming content from anywhere in the world.

Invite the whole world to the show

Whether you want share the excitement in a multi-player game or plan to leave your audience slack-jawed by showing off crazy solo skills, live videogame streaming re-defines what it means to invite friends over to yours for a game.

I’ve only scratched the surface here because live game streaming goes beyond MMORPG and shooters.

The 11 sites in this list attract the whole gamut of player types, from casuals to pros that made playing video games their full-time occupation. If you fall in one of these types or anywhere in between, we suggest you check them out and see for yourself how easy it easy to assert your gamer cred.