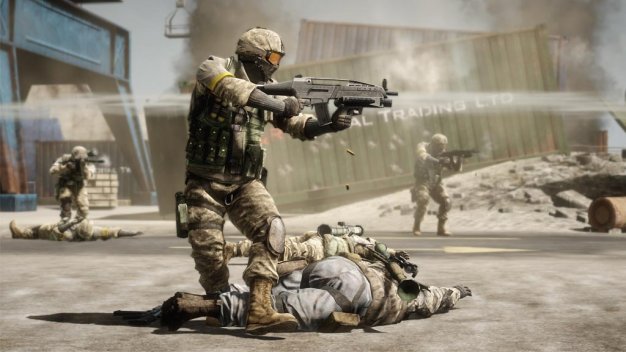 Will Battlefield: Bad Company 2 be taking a step back to 1943 for awhile? That may be the case according to a rating summary found on the ESRB website. While the summary mentions the expected offerings of the upcoming modern shooter such as references to its four known multiplayer modes, it also points some vital information about the game’s single-player, “In single-player mode, players conduct missions on an unnamed Japanese island during World War II and then move into the modern day through jungles, deserts, and snowy terrain.”

Whether or not these missions are tied to the overall story remains to be confirmed. Regardless, considering the Thompson and M1 Garand are weapons available for online play in Bad Company 2 it would be nice to know that they were included because of the connection between single-player and multiplayer rather than pre-order incentives.