On September 6th, Outerloop Games is set to release Falcon Age on the Epic Games Store for $19.99USD. The game will be available in VR or Non-VR, with or without motion controllers. On PC, the game will be playable with the Oculus Rift, Rift S, HTC Vive, and Valve Index.


Falcon Age is a first-person single-player action adventure where players take the role of Ara, who is fighting to reclaim her cultural legacy via the lost art of falcon hunting. Players will learn to hunt, gather, and fight against a force of automated colonisers. 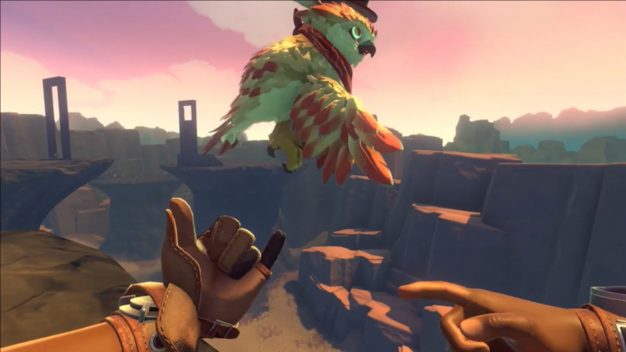 At the beginning of the game, set on a dying colony planet, Ara’s been wrongfully thrown in jail by the machine invaders for a minor infraction. She befriends a young falcon while waiting in her cell and together they escape and set off on an adventure to reclaim the planet’s destroyed culture and freedom.